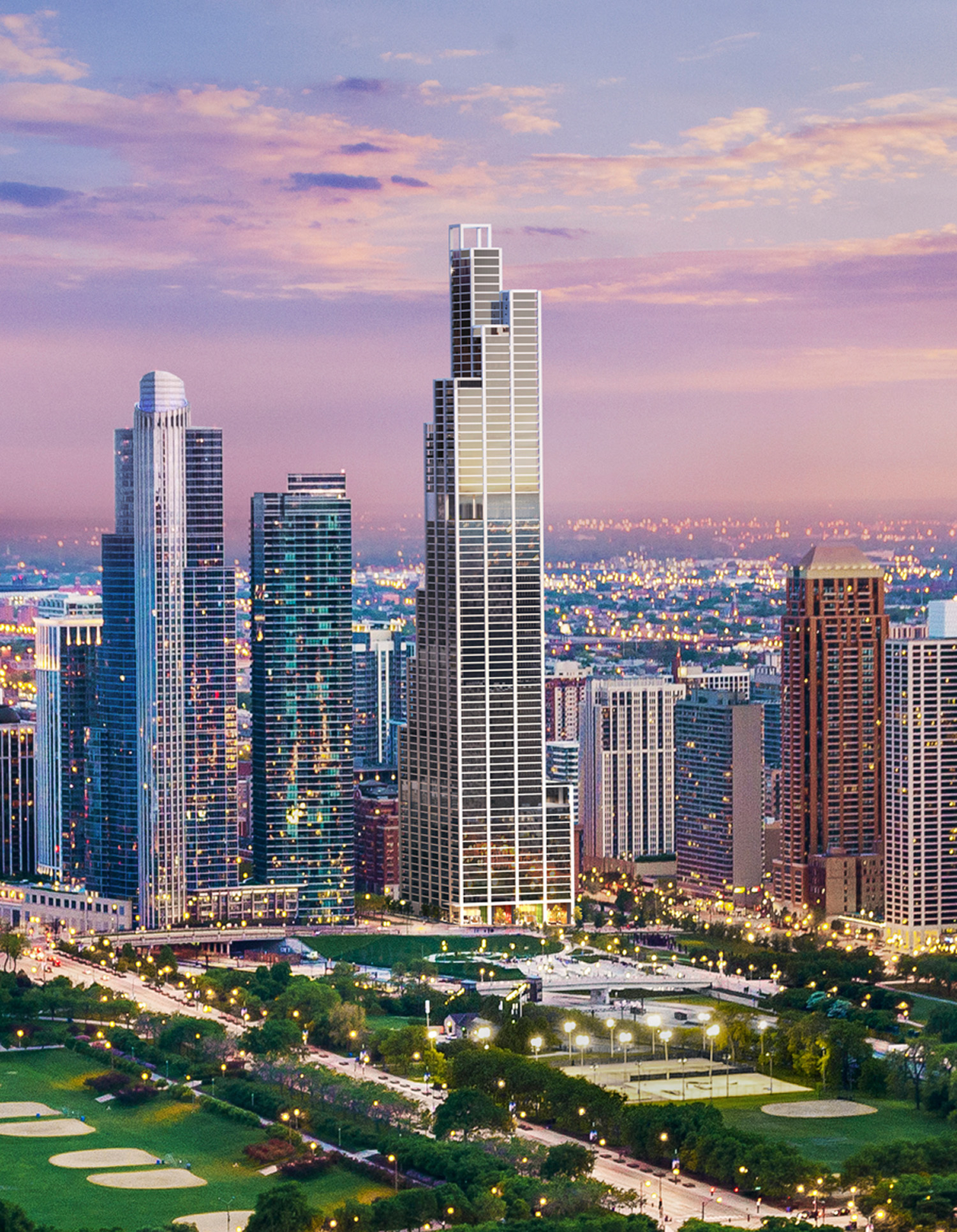 The Chicago office of Crescent Heights has announced S Loop Chicago Development, LLC has received approval from the Chicago Plan Commission for the first phase of 1200 S. Indiana, a three-phase residential development at the southwest corner of Grant Park in the heart of Chicago’s South Loop neighborhood.

Formerly referred to as 113 E. Roosevelt, the first phase of 1200 S. Indiana is a 76-story, 829-ft. rental tower designed by Rafael Viñoly Architects, which is slated to become one of the tallest residential buildings in Chicago.

Construction is expected to begin in late 2016. McHugh Construction, in a joint venture with Ujamaa Construction, has been selected as the general contractor. Retail tenants are being determined.

“1200 S. Indiana will offer residents not only a marquee address, but also breathtaking views in every residence, from those overlooking iconic Grant Park, to the cityscape, to Lake Michigan,” Crescent Hieghts principal Bruce A. Menin said in a news release. “We are grateful for the support this project has received from Alderman Pat Dowell as well as the community, and are incredibly fortunate to have secured Rafael Viñoly for this important site.”

Crescent Heights will support park improvements by contributing to the Chicago Park District, which will be distributed among Webster Park, Chicago Women’s Park and Gardens, and Armstrong Park. The firm is also contributing to the historic preservation of 2nd Presbyterian Church and Quinn Chapel AME Church, and will implement a Minority and Women-owned Business Enterprise (MWBE) utilization plan to ensure construction-related opportunities for minority contractors and workers.

Phase one of the apartment tower features 792 units, multiple amenity floors, and a total of 622 parking spaces. The building will include a diverse mix of apartments, ranging from studios to three-bedroom homes. In addition to an indoor and outdoor pool, fitness and gathering spaces, the building will include a host of new amenities that will be announced to the public in the coming months. “With its unmatched location, stunning exterior design, and high-quality interiors, the living experience delivered by 1200 S. Indiana will usher in a new standard for rental towers in all of Chicago,” said Menin.

Rafael Viñoly, principal and founder of Rafael Viñoly Architects, said in a statement: “This development bears a tremendous responsibility to provide a visual anchor at the south end of Grant Park, bookending the park with the Aon Center. It has been designed to carefully establish a dialogue with the surrounding skyline, and to place emphasis on the park as the heart of Chicago’s Burnham Plan.” Viñoly added that the building was designed with a nod to the Willis Tower, resembling the bundled tube system used to achieve new heights, and revealing the large interior modules with extended private balconies.

The conceptual proposal for phase two includes a 648-unit residential tower on the west end of the phase-one parcel, which will be connected by ground-floor retail and parking at the base. The phase-three conceptual proposal features a 100-unit development and open park land along Indiana Avenue, just east of the phase-one and phase-two towers. Once completed, the development will represent one of the final pieces within the Central Station master plan, a development that was previously stalled by the recession. The 3-acre site was purchased by S Loop Chicago Development, LLC in 2012.

“This project will not only create more than one million man hours of work during its 24-month construction timeline, but it will also create upwards of 50 full-time permanent jobs,” said Ted Novak, partner at DLA Piper LLP, which is providing zoning and entitlement services for the project. “The project team is committed to creating a positive impact in the South Loop from project inception through completion, and is also offering sponsorship of scholarships and internships for local schools.”

“Crescent Heights branded properties have been a presence in the South Loop since 2010, demonstrating a strong belief in the neighborhood’s post-recession potential,” said Menin. “Each of the buildings embodies inspired living, and 1200 S. Indiana continues our long-standing record of creating catalyst residential projects in America’s urban centers.”

For the past 15 years, Crescent Heights has had an established presence in Chicago, and is one of the largest residential brands in the South Loop. Notable branded properties include: the recently acquired Burnham Pointe; Walton on the Park; Park Michigan; Astoria Tower; Echelon at K Station; and, The LEX. 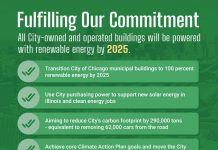