All of projects on the meeting agenda received the green light and will move forward to approval by the full city council or will building permits if no other formal approvals or building permits, curbed.com reports.

Some of the projects were approved with changes including the 76-story South Loop tower designed by Rafael Viñoly and the Vista Tower (93 storeys) designed by Studio Gang.

The Plan Commission heard a courtesy presentation by Zeller Realty Group about a proposed Riverfront Retail project at 401 N. Michigan Ave. The project includes construction of a glass enclosed entrance located on the 401 Plaza with descending stairs to the lower concourse level retail space. The concept includes exterior stairs cascading down from the 401 Plaza and Michigan Avenue to the Riverwalk level.

That “glass enclosed” project in fact is the planned new Apple Store, which had earlier been approved by the city’s planning department, but was presented to the commission at the public hearing because of its high profile.

The structure, formerly known as the Equitable Building, includes the new store designed by London-based Foster+Partners, and will be the firm’s first project in Chicago. Construction is expected to begin in early 2016.

Other project on the agenda was the Vista Tower which upon completion around 2019, will become Chicago’s new third-tallest building. The development team is a joint venture of the Beijing, China based Wanda Group and Chicago’s Magellan Development Group, with the design work overseen by the Chicago architecture firms of Studio Gang and bKL. The project will be located at roughly 400 East Wacker Dr., and represents the first US real estate investment for Wanda and will become a North American beachhead for the Vista brand now being expanded globally.

The project requires an amendment to Planned Development (PD) 70, and the Lake Shore East master plan. The PD covers all of Illinois Center and Lake Shore East together. The site with the reduction in allowable height is known as ‘Site O,’ located to the south of Studio Gang’s Aqua Tower and currently has another planned building presently in the design phase.

Magellan has agreed to construct a sidewalk and temporary dog park on the presently undeveloped Lake Shore East property between Harbor and Lake Shore Dr.

Another project, the Rafael Viñoly-designed 76-story tower at the southwest corner of Indiana Ave. and Roosevelt Rd. is is one of three remaining development sites at the north end of Central Station which Crescent Heights purchased after previous development plans fell through during the recession. 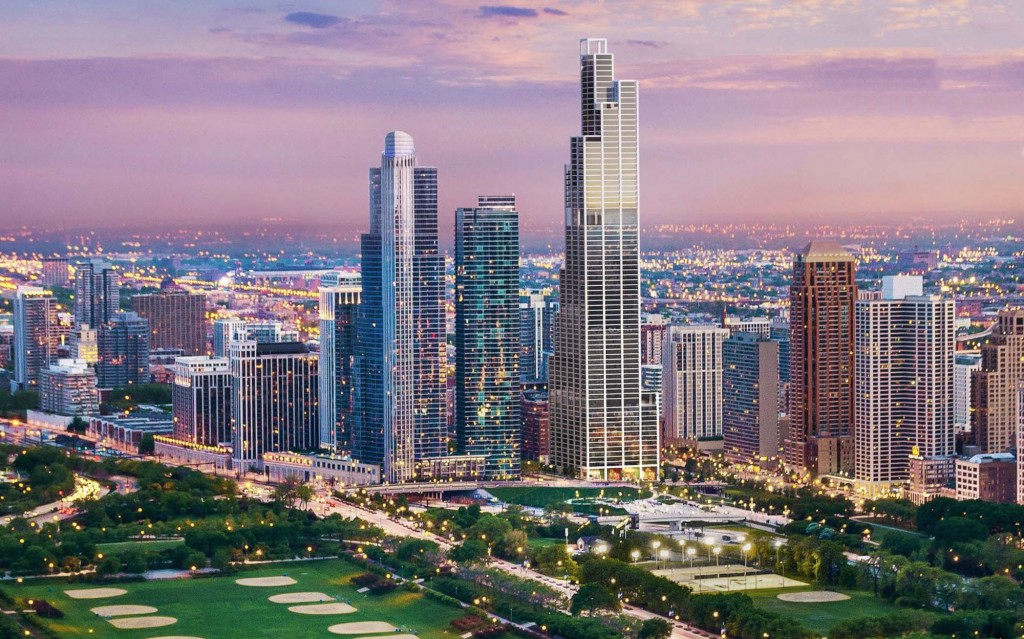 Under existing approvals, 1,540 new housing units could be constructed. The project as presented needed an amendment to Planned Development 499 and a change to the master plan within it, as well as an additional approval under the Lakefront Protection Ordinance which applies extra reviews to proposals located close to the waterfront.