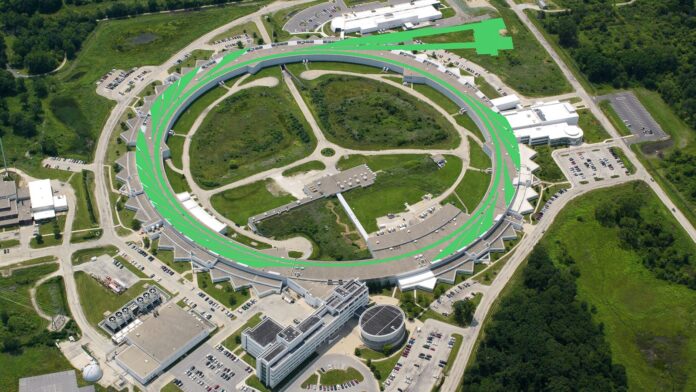 Construction is scheduled to start on a new $815 million upgrade of the Advanced Photon Source at the Argonne National Laboratory, associated with the University of Chicago.

Leaders from the U.S. Department of Energy, Argonne National Laboratory and the University of Chicago attended July 22 formal groundbreaking ceremony, but the statement said construction would not start until this fall. Completion is scheduled for 2022.

“The upgrade of the APS is not only an exciting scientific project, but it is vital to ensuring that Argonne and the United States remain world leaders in X-ray science,” said DOE Under Secretary for Science Paul Dabbar, who attended the socially-distanced ceremony. “An upgraded APS, including these two longer beamlines, will lead to new innovations in energy efficiency, more durable materials and more tools to combat viral pandemics.”

The statement did not name the project’s general contractor, but HDR Architects is referenced on the renderings.

UChicago News reported that one of the two new facilities in the Long Beamline Building will be the In Situ Nanoprobe, whose beam will be able to focus down to just 20 nanometers. One application would be more precise understanding of electrochemical reactions inside batteries, which is anticipated to lead to breakthroughs in extending battery life.

The other is the High-Energy X-Ray Microscope, designed for higher-energy X-rays that can penetrate into denser materials with greater focusing ability.Construction is scheduled to begin this fall, with a proposed completion date in mid-2022 for the Long Beamline Building. First light for the APS Upgrade is expected in late 2023.

“The APS Upgrade will be transformational,” said Stephen Streiffer, Argonne’s deputy director for science and technology and director of the APS. “For users of the APS, it will be like the difference between walking and flying a jet airplane. It will revolutionize our ability to explore the boundaries and horizons of science, and the Long Beamline Building will allow us to take full advantage of the upgrade’s capabilities.”