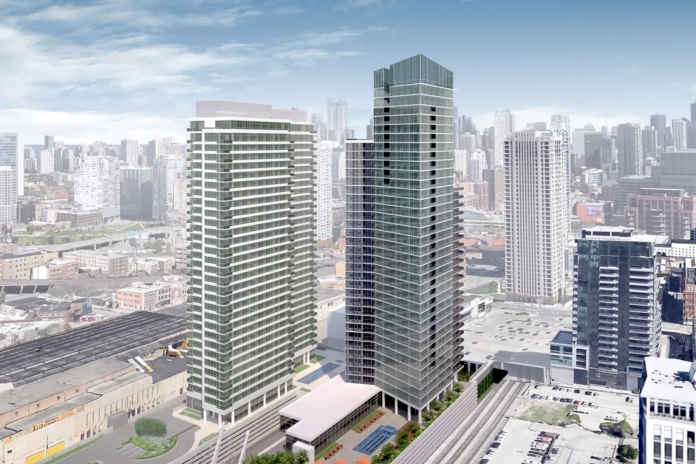 Chicago has issued a $9 million permit to start construction of a long-planned 32 storey residential building at 354 N. Union Ave. in the Fulton Market area.

The initial permit is for the foundation and partial superstructure (to underside of Level 3) for the planned 373-unit structure. There will be 143 parking spots from the basement to second floor and the permit includes “associated site work as per plans.”

Plans to redevelop the vacant parcel bordered by Halsted Street, a set of Metra tracks, and the K2 apartment complex go back at least to 2015, when Crain’s reported that a California developer was pursuing a 38-story tower at the site. That plan was approved in 2016 and later revised in 2018, Curbed Chicago has reported.

Curbed reports that the design hasn’t changed much from earlier 2018 renderings, but the developer will release updated renderings later, when it is ready to market and lease the building.

Landmarks Illinois seeks nominations for 2022 Most Endangered Historic Places in...

How to break free from design inefficiency