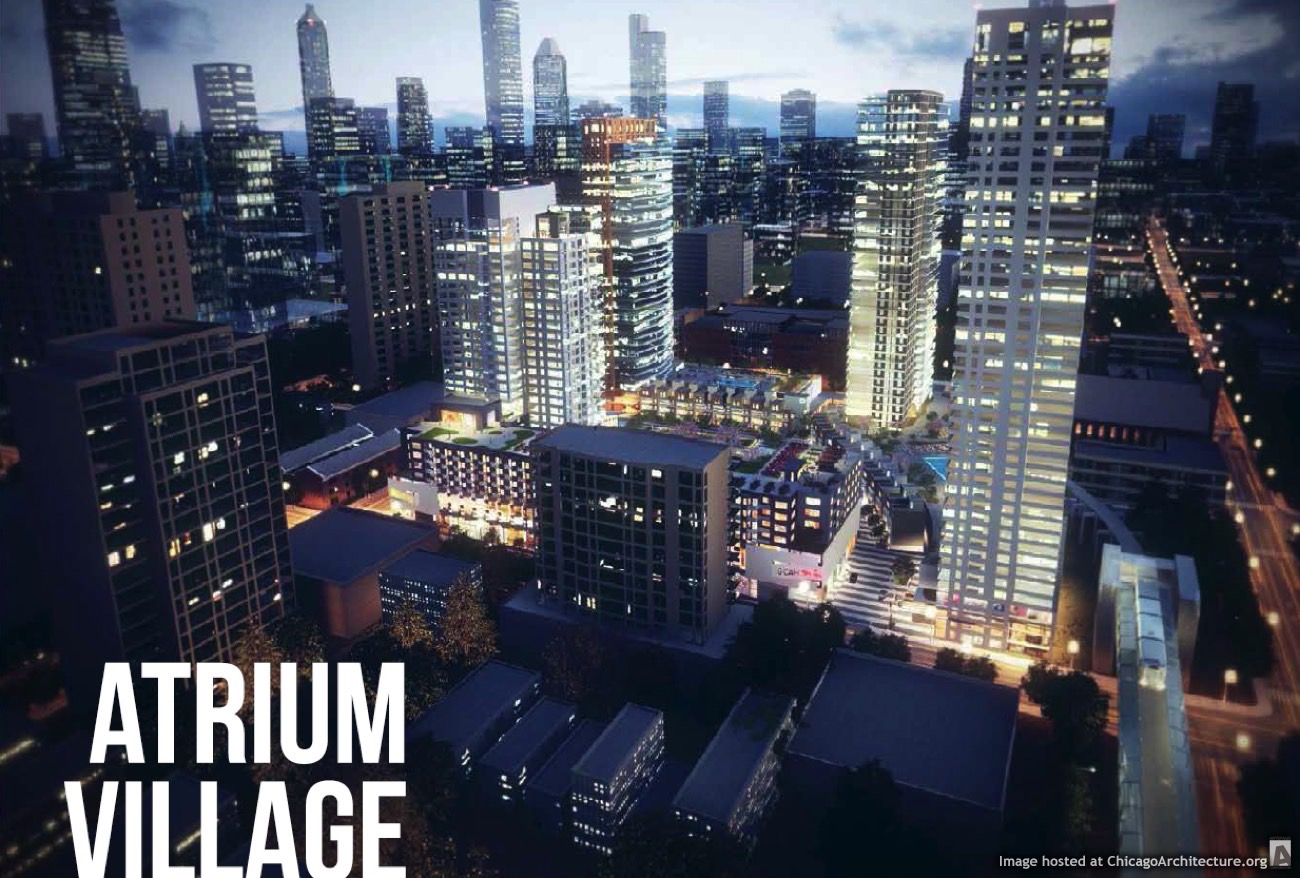 Demolition and then construction for The Atrium Village Development in Old Town will finally move forward after a three-year delay.

Studios in the building will likely rent for about $1,500 with one-bedrooms renting for between $1,800 and $2,100, according to the developer.

The first phase will be apartments including studio through three-bedroom units.

“We really wanted to construct a building that really matched the neighborhood better than the previous one did,” Brian Brodeur, development manager at Onni Group, has been quoted as saying in DNAInfo.  Demolition will begin in the next few months.

The Atrium Village’s design team includes FitzGerald Associates Architects of Chicago, Bumgardner Architects of Seattle and Hitchcock Design Group of Naperville. “Plans for the dynamic mixed-use community came out of extensive collaboration between the three firms and the development team to create a compelling plan designed to be built-in several phases with minimal disruption to existing tenants,” the FitzGerald Associates website reports.

Committee on Design ruffles some feathers as it begins reviewing new...