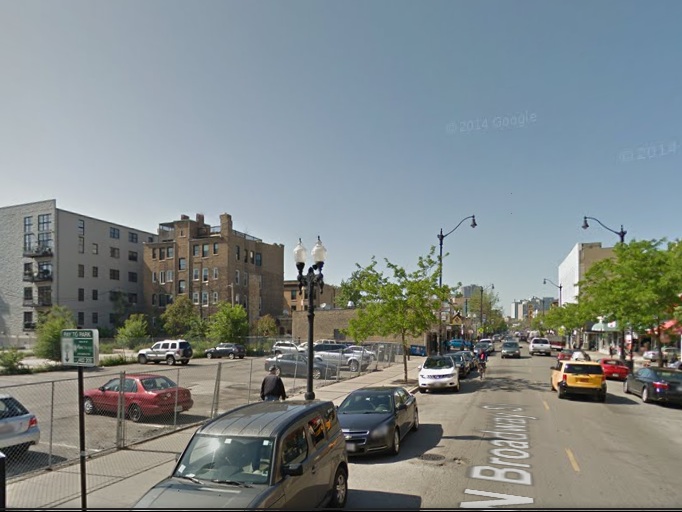 It is confirmed that a Mariano’s  will open in the five-story commercial development plan just approved by the Chicago Plan Commission at 3030 N. Broadway, East Lakeview, IL, according to Ald. Tom Tunney (44th) as reported by Dnainfo.com. The building now serves as a parking lot since a fire gutted Dominick’s housed it in 2005.

While the first two floors will house 71,000-sq-ft. Mariano’s grocery store, the two levels above will serve as parking lot containing 280 spaces and the fifth floor will be for 40,000-sq-ft. XSports Fitness gym. In addition, a total of 15,000 sq-ft. of retail space will be available between first and fifth levels.

Developers plan to break ground in February 2015 and expect to open by summer 2016.

A new traffic signal will be installed at the entrance of the complex, near an alley in the middle of the 3000 block of North Broadway, says Tunney. Also the existing signal at Broadway and Wellington Ave. will be upgraded.

The proposed two-level Mariano’s store will be a welcome addition to the neighborhood and the community was happy to see something get built in one of the only remaining large open lots for development in East Lakeview, said executive director of the Lakeview East Chamber of Commerce Maureen Martino, reports Chicagotribune.com.

Upon releasing the plan in April, some locals have supported the idea of supermarket while others oppose it for the two-levels of parking lot which is bound to increase traffic in the already congested area.