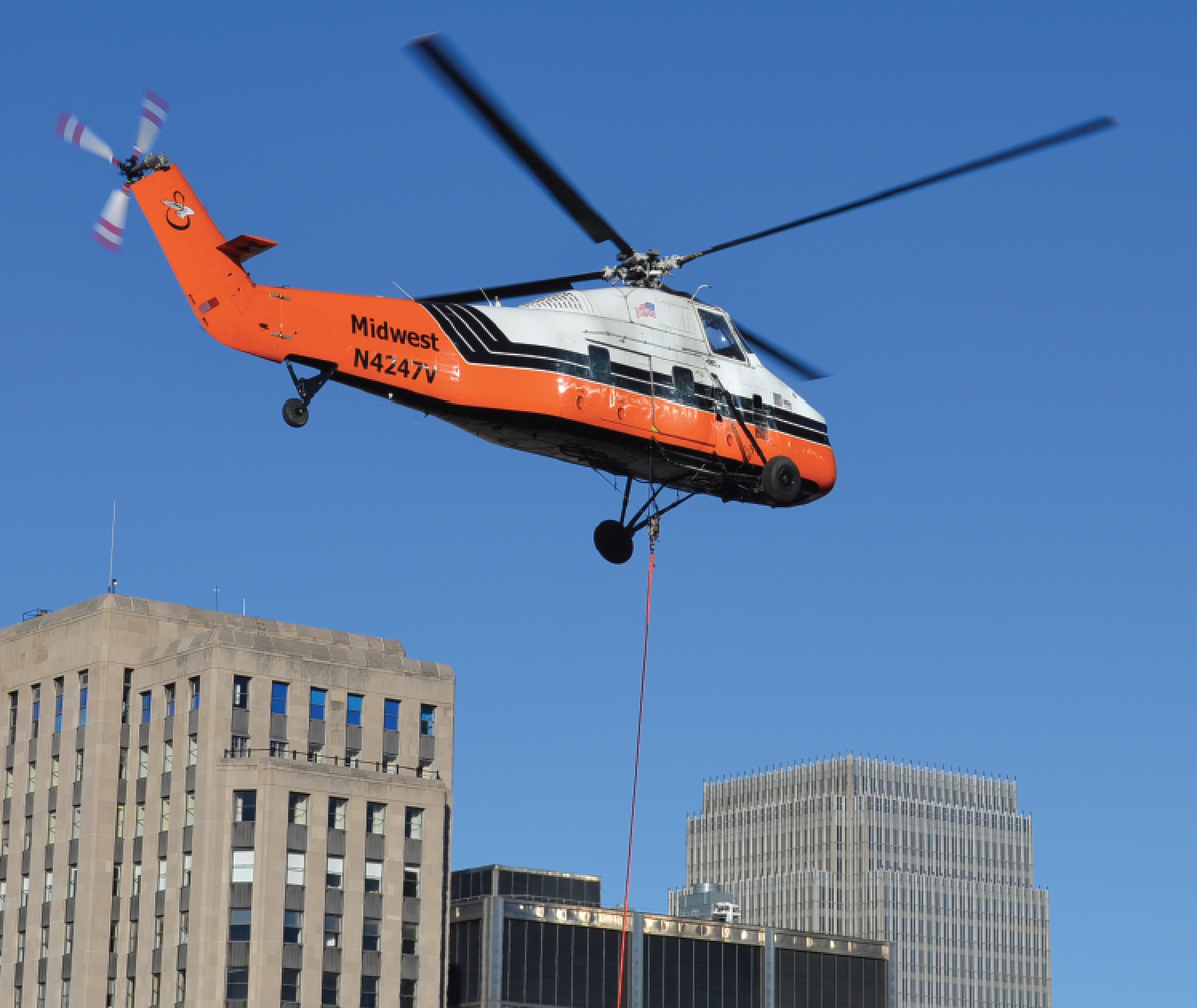 There are several acronyms and some really big dollars behind current Chicago federal building energy savings retrofits, but these abstract concepts and explanations came to life when a helicopter arrived downtown late last year to lift large piping and five cooling tower basins in a single-day assignment.

The Chicago work represents the GSA’s single largest ESPC project, part of an overall $2 billion initiative (most of the work is for the defense department).  The idea: The government can save money through long-term contracts with private sector organizations, recouping up-front capital costs with lower energy use and ongoing operating efficiencies – resulting in a net gain to the taxpayer.

Miller says MCFA has been tasked with overseeing work under the GSA’s National Deep Energy Retrofit (NDER).  This initiative is designed to go beyond the low-hanging fruit of simple changes like replacing outdated incandescent lightbulbs and instead tackles challenges in federal buildings’ infrastructure core, such as mechanical systems, chillers and boiler rooms. Here, the work is much more complex and expensive, especially since it must be done in actively-used buildings in congested central city locations.

Miller says the Chicago tasks, reflecting 11 individual projects at seven buildings, all but one of which are located downtown, should reduce energy consumption levels by 15.9 percent from the 2012 levels. “That translates to 2,365 tons of carbon dioxide annually, equivalent to removing 473 cars from the road,” she said.  Miller and MCFA colleague Greg Deger coordinate their work with
the GSA, overall ESPC contractor NORESCO, and other suppliers and agencies.

MFCA’s task cannot be understated.  “There are seven facilities, and 5 million square feet of occupied office space,” Miller said.  “There are a lot of people impacted by the work.”

“For example, one of the buildings is the Dirksen Federal Courthouse.  It is a very active courthouse, with trials, defendents, lawyers and others needing access to the building.”

“Chicago is a regional location for almost every federal agency,” she said. “Thousands of people work in and visit the buildings every day,” so going in and rebuilding areas such as the building’s boiler room requires plenty of planning and coordination.

However, the more challenging changes affect the giant internal building systems – where major work needs to be conducted in constrained spaces and there are challenges such as asbestos abatement in older buildings.

“There were a total of 34 picks completed in approximately 3½ hours.  Picks were taken off trucks lined up on Dearborn St. between Jackson and Adams.”

Miller says the Chicagoland ESPC’s construction work is about 50 percent completed. “Everything should be commissioned and up and running by next June.” However, the energy savings initiative is a long-term, 17-year contract, and NORESCO will be on site “to help manage and support operations of the new equipment.”

MCFA says it specializes in planning developing, implementing, and managing energy and infrastructure programs. “MCFA provides advice and guidance to public and private sector clients on program development issues, with a focus on the financial and cumulative impacts of proposed programs, polices, and projects,” the company says. “MCFA develops and utilizes commercial ‘best in discipline’ products and services to support clients in meeting their respective challenges.” 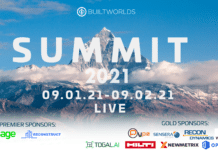 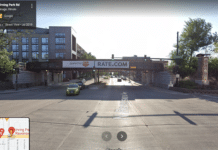