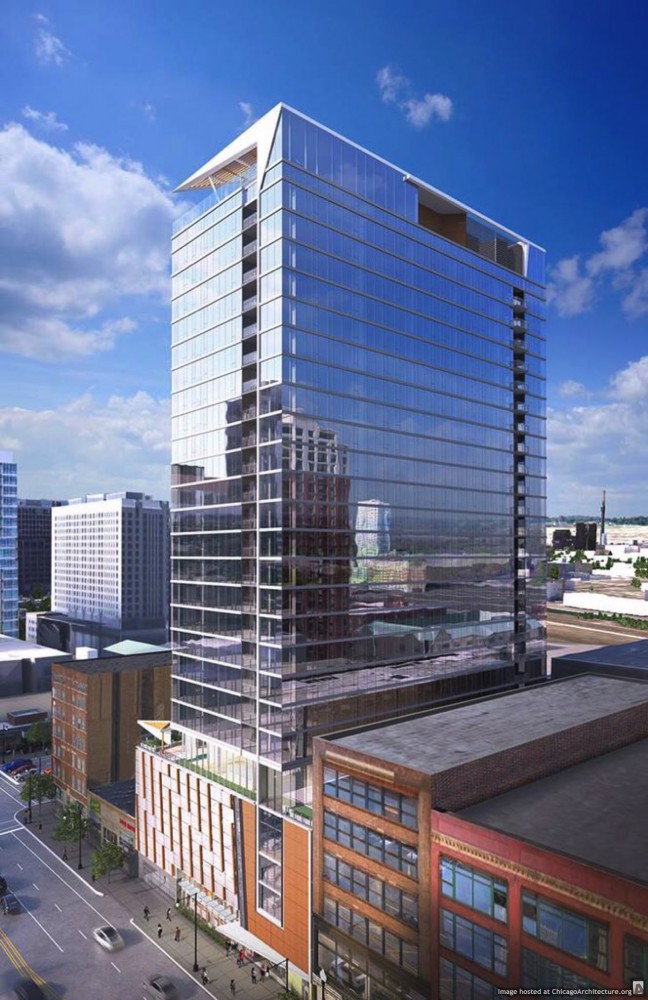 Chicago has issued a $58.05 million building permit for a 26-story residential apartment building at 1136 Wabash Ave.

Lend Lease (US) Construction is listed as the general contractor, while Pepper Construction Co. and Crouch-Seranko Masonry LLC are both named as masonry contractors. Other subtrades include: Electrical – Bonus Electric; plumbing – Hill Mechanical Corp.; refrigeration and ventilation – Advance Mechanical.

Chicagoarchitecture.org reported in May that the Chicago Plan Commission had approved the project, which wraps around the Roosevelt Hotel building on the corner, with both Wabash and Roosevelt Rd. footage.

It was designed by friends-of-the-blog, SCB, for prolific student houser, CA Ventures.  A 26-story tower will rise on the South Wabash Ave. side of the lot, while the one-story retail space on the Roosevelt Road side will remain as is.

Gary Kohn of SCB is listed as the architect.

Image: Rendering of the project