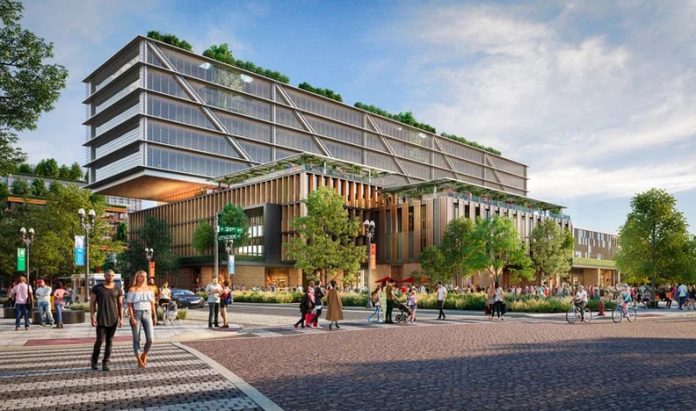 The group planning a huge mixed-use project just south of McCormick Place has landed an anchor tenant to kick off the first phase of the development: a medical innovation center founded by the largest hospital in Israel.

The ARC Innovation Center plans to open in the first building on the former site of the Michael Reese Hospital, part of a 15-million-square-foot development that could cost as much as $7 billion. Developers –  led by Chicago-based Farpoint Development, aim to build a health-science cluster that would include new biomedical technologies—and create thousands of jobs—partnering with local universities, companies and entrepreneurs.

The project will include apartments, a community center and retail and office spaces.

“We envision it being the healthy community of the future,” said Farpoint Principal Scott Goodman.

The developer of the 78 in the South Loop recently signed a deal with a university of Illinois-led research center that will anchor the development and boost Chicago’s status in the tech world.

But the Bronzeville development will require a massive investment, including public dollars. It is estimated that the infrastructure alone—roads, sewers and other government-owned structures—for the first phase of the project will cost $177 million.

The first wave of buildings will also include senior housing, a community center and retail space, Goodman said. The development venture and ARC have signed a memorandum of understanding, but have yet to negotiate a final deal.