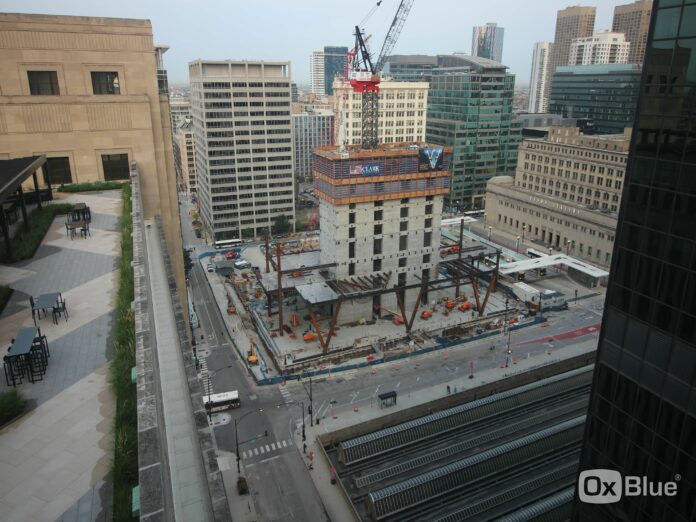 You can get a sense of the scale of the $900 million BMO Tower, part of the Union Station redevelopment, when you review building permit filings for the past week.

The four largest permits recorded by the City of Chicago for the week, totalling $22.14 million, in the city’s permits portal were conveyancing device permits issued to Kone Elevator for the structure at 310 S. Canal St.

General contractor Clark Construction Group was issued a permit in the spring valued at $321 million for the “new construction of a 46 story office building to include two levels of below-grade parking and ground floor as per plans.” Published reports have put the project’s overall value at $900 million, and developers obtained a $476 million construction loan last winter for the 1.5 million sq. ft. skyscraper next to Union Station.

Riverside is developing the tower with another Chicago-based developer, Convexity Properties, which is the real estate investment arm of trader Don Wilson’s DRW Holdings, the published report said.