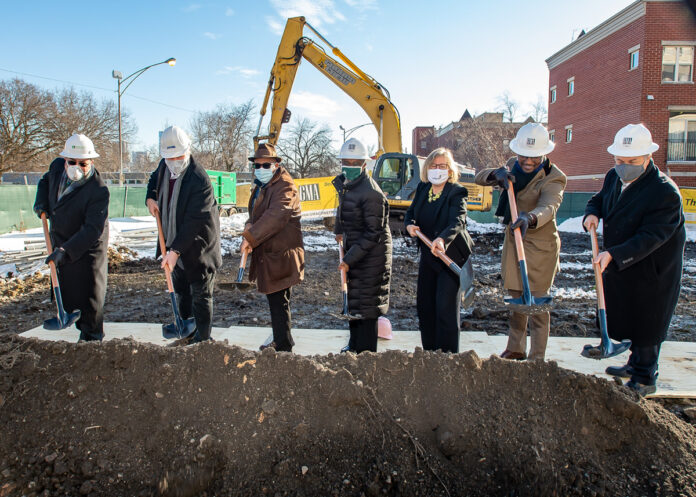 Evergreen Real Estate Group and Structured Development say they have started construction on Schiller Place Apartments, a three-building, 48-unit mixed-income rental community at 711, 731 and 749 W. Schiller St. on Chicago’s Near North Side.

Located immediately south of Structured’s NEWCITY development, on land that was formerly home of the Isham YMCA, Schiller Place will help preserve housing affordability in the Clybourn Corridor, the developers say in a statement.

“Schiller Place Apartments helps us continue the revitalization of this area while ensuring longtime residents are not displaced by new developments that, in recent years, have established the Clybourn Corridor as one of the top mixed-use districts in the city,” said Mike Drew, founding principal of Structured Development. “With a portion of the units set aside as affordable housing, Schiller Place will allow more Chicagoans to enjoy the many amenities now available in this location, including improved riverfront access through the creation of the Wild Mile.”

“The growing appeal of the Clybourn Corridor increases the need for housing that is affordable and accessible,” said David Block, director of development for Evergreen Real Estate Group. “Our firm is honored to be partnering with Structured to provide this much-needed addition to the neighborhood, where residents will be steps from public transportation, retail, restaurants and recreation along the riverfront.”

The four-storey buildings, each with 16 apartments, are being built on an approximately 26,000 sq. ft. vacant site.

There will be eight market-rate units and the remaining 40 units set aside for households earning between 30% and 60% of the Area Median Income (AMI).

The development team secured project-based vouchers for 24 units through the CHA. In addition, there will be five units with preference for veterans and an additional five units for individuals sourced through the Statewide Referral Network, which works with households earning at or below 30% of AMI with a head of household who has a disability or illness.