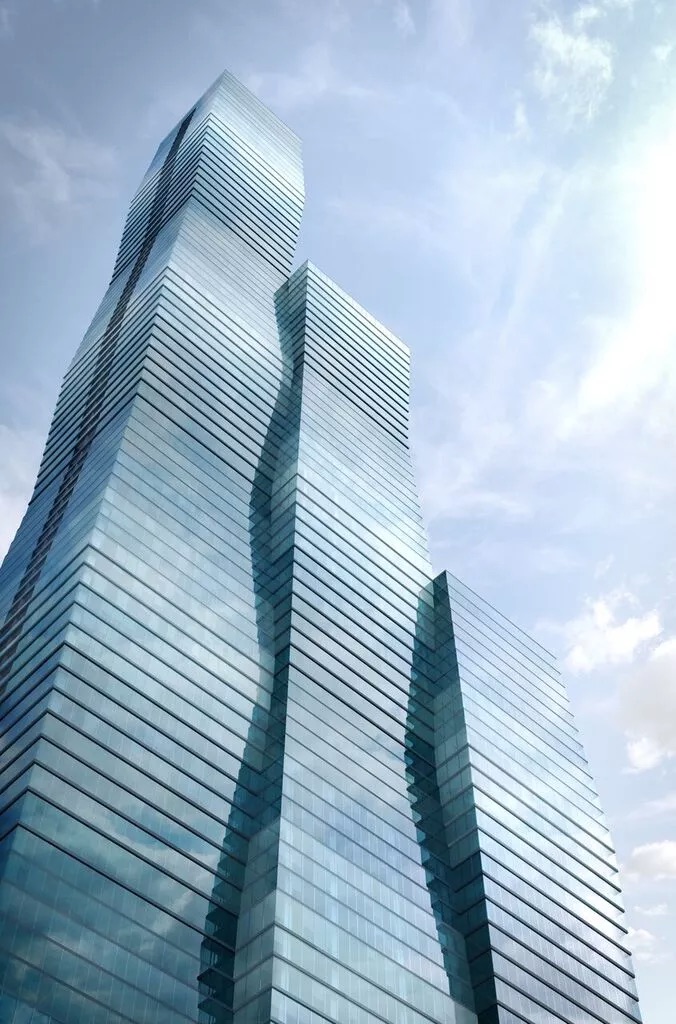 Designed by award-winning architect and Chicago native Jeanne Gang, upon completion Vista Tower will be city’s third largest building. The project is expected to create more than 2,000 construction jobs and will be the largest-ever real estate investment by a Chinese company in Chicago, and one of the largest in the United States, the mayor’s office said in a news release.

“The Vista Tower will be more than one of the tallest buildings in Chicago, it will stand tall as a testament to Chicago’s status as a global destination for investment, commerce and tourism,” Emanuel said. “This project will also create thousands of jobs, benefiting every neighborhood in the city of Chicago.”

“We are so honored to partner with the Dalian Wanda Group and to have the support of Chicago for this pivotal step toward making this project a reality for the city,” says Magellan Development Group president David Carlins. “This fantastic project will greatly complement the Windy City and set new standards on a local level through investing in the community and better connecting Lakeshore East with the rest of the city. This multi-year project will bring many jobs to Chicago and
help to amplify its vibrancy.”

Late last week a joint venture between affiliates of Magellan Development and Dalian Wanda finalized the purchase of the land where the Vista Tower, which includes Vista Residences and the Wanda Vista Hotel, will rise. The acquisition was the final major step before construction on the project can begin. The tower will include 406 residential units and the five-star Wanda Vista hotel, stands to be one of the most innovative residential developments to date, the news release said.

Vista Tower will represent increased connectivity for both Chicago and the Lakeshore East neighborhood. Located at the end of Upper Wacker Dr., Vista will be the final link between Lakeshore East and the rest of the city. The green spaces within the community will be connected to a new access point on the Chicago Riverwalk via a pedestrian and automobile route that will pass directly through the middle of the tower at ground level.

The Vista Tower will house a five star hotel with approximately 200 hotel rooms, more than 400 condominiums and approximately 9,000-sq. ft. of retail space. The building will stand at nearly 1,200 ft. tall, spanning over Lower Field Dr. with views to the river, lake and city.

The building will be applying for LEED silver certification.

“When you look at Chicago, you can see how it’s growing and changing,” says Eddy Tiftik, Wanda Hotel’s deputy general manager for overseas development. “It’s the perfect city to showcase our capabilities. We have been the market leader everywhere we have opened. We have practiced this, we know it works, and we are ready to present our concept to America. In my personal opinion, Chicago is amazing. It will be our signature project.”