Chicago’s six-block Riverwalk has been selected by the Urban Land Institute (ULI) as one of the 13 projects to receive its 2017-2018 Global Awards for Excellence.

According to Mayor Rahm Emanuel, the award recognizes the merits and economic benefits brought on by the 1.25-mile lakefront development between Lake Michigan and the Chicago River. It is also the 19th major award achieved by the civic space.

“The City of Chicago has always embraced our lakeshore like no other city and the Chicago Riverwalk has helped us embrace the Chicago River as the city’s newest recreational frontier,” the mayor said. “We are honored to be recognized for this effort on a global level and will continue to build on our success in generating economic growth… and creating new recreational opportunities…”

“The ULI Global Awards of Excellence are a testament to the effort of so many individuals who work hard to maintain the Riverwalk and change the way people interact with the Chicago River,” said David Reynolds, commissioner at Department of Fleet and Facility Management (2FM). “2FM is proud to be a part of this effort to build on Daniel Burnham’s vision for the city.”

Originally proposed by Burnham in 1909 under the Plan of Chicago, the Riverwalk now serves as a recreational area with a wine bar, kayak tours, boat docking services and water taxi services. It was designed by a team of designers, namely Ross Barney Architects, Sasaki, Alfred Benesch & Company, Jacobs/Ryan Associates and Collins Engineers. It was developed and now operated by the city and the Department of Transportation.

Each year, winners of ULI’s Global Awards for Excellence are chosen by an international jury made up of ULI members from areas of finance, land planning, development, public affairs, design and other industry-related professional services. This jury evaluate submissions based on the following criteria: leadership, community contribution, innovation, public/private partnerships, environmental protection, response to social needs and financial feasibility. 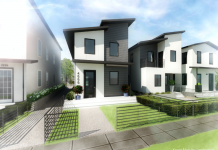 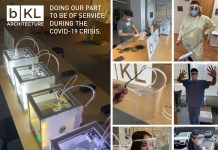