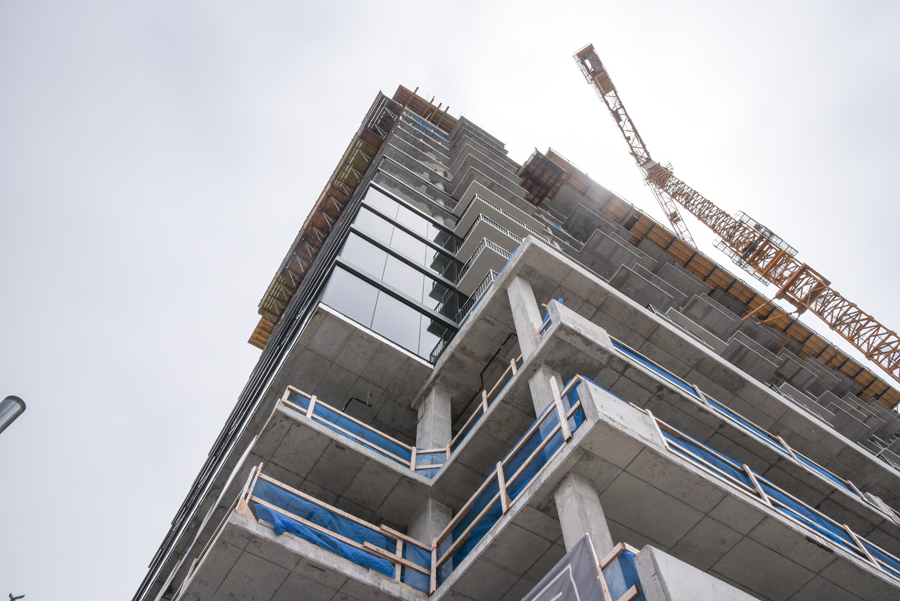 A news release says the developers celebrated the milestone at a June 23 ceremony, where they were joined by representatives from FitzGerald Associates Architects, the project’s design architect; general contractor Power Construction and other members of the development and construction team.

“In addition to marking a major construction milestone, the topping-off of Niche 905 is also symbolic, representing the rise of a new retail and residential corridor along Orleans Street,” said Walter Rebenson, CEO of Ascend Real Estate Group. “We are pleased to show off the progress of the tower, which when finished will fill a ‘niche’ in the market by offering a fresh, truly luxury high-rise rental option in a highly accessible location that bridges the gap between Old Town, River North and the Gold Coast.” 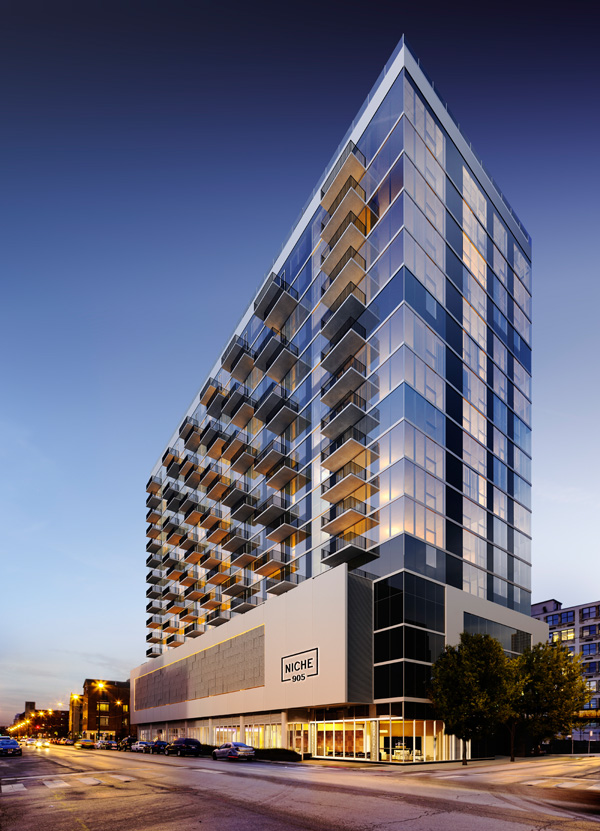 Two building permits totalling $57 million were issued in late 2015 for the project; a $12 million permit for the foundation and caissons, and a separate permit for $45 million for the overall structure.