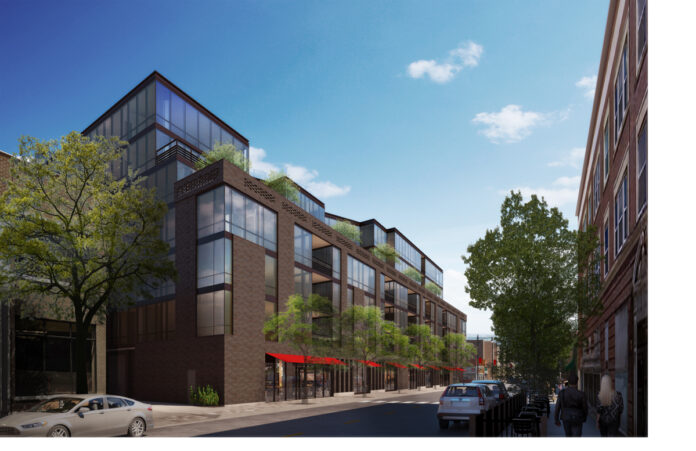 The developer/architect, which according to a building permit application, is acting as its own general contractor, says the project at 3460 N. Broadway, “will reinvigorate the neighborhood by replacing a shuttered Treasure Island grocery store and parking lot.”  The owner is listed as Optima executive vice-president Matthew Cison.

A $60,000 building permit issued on Sept. 22 says it covers “foundation design for the Phase 1 installation and operation of a Manitowoc MD485 Temporary Tower Crane, as per plans.”  Neither the developer nor the building permit specify the project’s overall value. 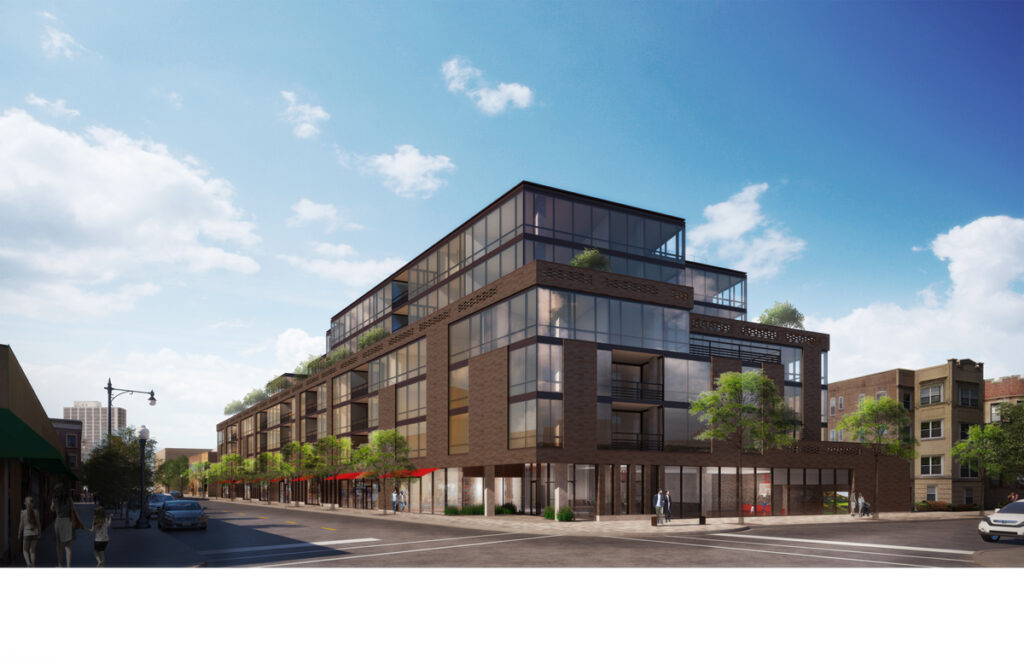 “With over 40 years of experience developing in Chicago, we know how exceptional design can enhance a community, so we’re excited to develop the first Optima building in Chicago’s Lakeview neighborhood,” architect and Optima CEO David C. Hovey Sr. said in a statement. “With Optima Lakeview, we’ve incorporated design cues from the surrounding area’s architecture while still staying true to the modern design aesthetic Optima is known for, resulting in a forward-looking building grounded in Chicago sensibility. Both inside and out, Optima Lakeview is very much about drawing people in and helping them stay connected – either with the surrounding community or within the building itself.”

Scheduled for completion in 2022, Optima Lakeview will feature 198 one-, two- and three-bedroom rental units and nearly 14,000 sq. ft. of commercial space fronting Broadway. There will be 40,000 sq. ft. of amenities, Hovey said in a statement.