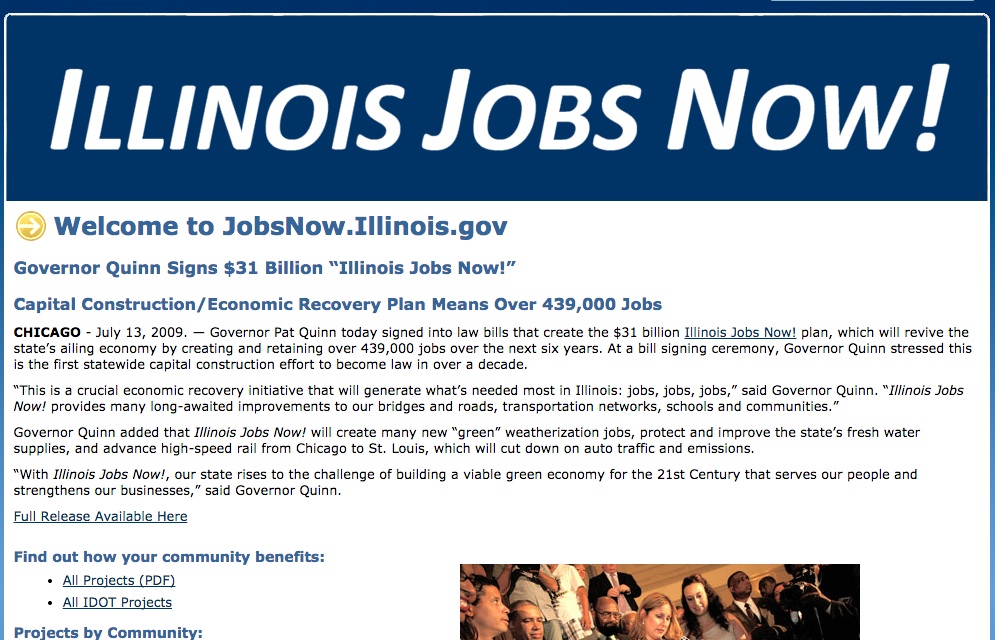 Governor Pat Quinn on Sept. 25 announced more than $8.3 million in investment for major construction projects in Cook and DuPage counties under his $31 billion “Illinois Jobs Now!” construction program. The program focuses on creating jobs by improving Illinois’ infrastructure and thus helping its economy.

Woodstock, IL-based Alliance Contractors, Inc. has received a $552,920 contract to modernize traffic signals and improve the intersection at Barrington Rd. and Bode Rd. in Hoffman Estates and Barrington.

K-Five Construction Corporation of Lemont, the lower of two bidders, will do 4.32 miles of resurfacing on Illinois Route 83 from the DuPage County Line to U.S. 45 in Lemont and Palos Township for $2,331,977.

Illinois Department of Transportation will supervise all projects.

“Illinois is well along the road to recovery, and work on these roads in Cook and DuPage Counties will help maintain infrastructure that keeps our economy moving,” Quinn said.