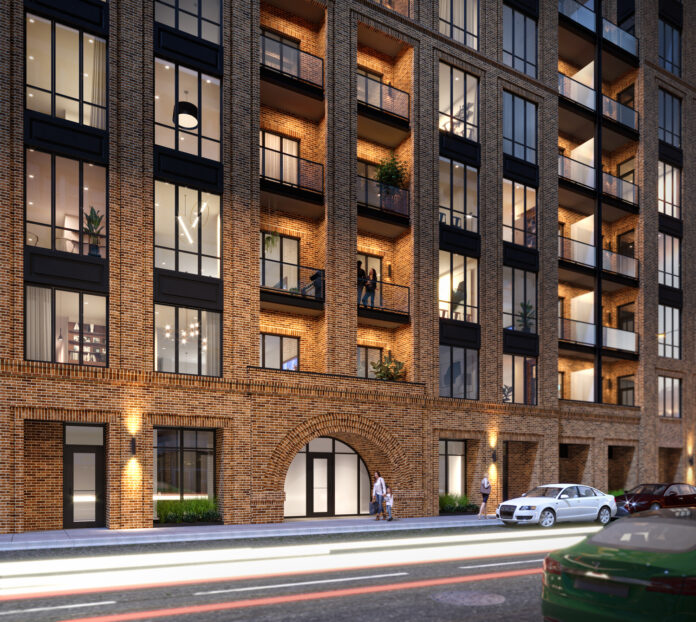 The developers of a 72-unit, seven story condo project in Chicago’s West Loop assert they’ve sold 35 per cent of the units ahead of the project’s groundbreaking sometime later this fall.

Belgravia Group Ltd.’s CA6 West Loop at 305-323 S. Racine Ave. had a projected construction cost of $60 million, Crain’s Chicago Business reported in January. It is unclear exactly how the COVID-19 pandemic would affect the project’s costs, though the design including three-and four-bedroom units (with three to 3.5 bathrooms per unit) presumably would be appealing to purchasers seeking space and social distancing room.

In a news release, the developer says it has four of the larger units available for prices starting at $1.65 million each. “While the original plan for the building called for only five of these penthouse-level duplexes, Belgravia was able to add seven more after the original five sold out during the first week of pre-sales,” the statement said. Smaller units are offered in the $800,000 range.

“With four bedrooms and over 3,000 square feet, these homes are equally suited for buyers who want a place they won’t outgrow, as well as those who want to transition out of a single-family home – whether in the suburbs or city – but don’t want to sacrifice the square footage they’ve enjoyed,” said Liz Brooks, vice-president of sales and marketing at Belgravia Group.

The project is expected to be completed by mid-2022. It is on the site of the former Hubbard Street Dance at 1147 W. Jackson, Crain’s reported in January.