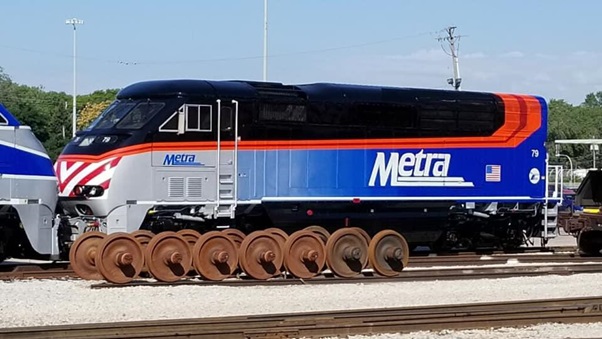 Metra will will receive around $17.8 million from the U.S. Department of Transportation (DOT) for rail improvements, according to statement from U.S. Senators Dick Durbin (D-IL) and Tammy Duckworth (D-IL).

The funding will support the construction of a new grade-separated double-tracked rail bridge over Milwaukee Avenue immediately north of the Grayland Metra Station in Chicago.

“For many Illinoisans, Metra is the only affordable and accessible transportation option they have,” Durbin stated. “The funding announced today will improve service for customers who depend on these trains running efficiently and safely.”

The funding is awarded through the Federal Railroad Administration’s (FRA) Federal-State Partnership for State of Good Repair Program, which helps fund capital projects to repair, replace or rehabilitate publicly owned railroad assets, as well as to improve intercity passenger-rail performance.

“Amtrak trains use this bridge up to 16 times daily on our Hiawatha Service and Empire Builder routes between Chicago and Milwaukee and the Pacific Northwest and we gladly supported Metra’s grant application,” said Ray Lang, Amtrak senior director, state and local government affairs. “The Hiawathas are our busiest Amtrak Midwest route, with a record of more than 850,000 customers last year and on a pace to top that record this year, and this bridge is critical to their success and future growth.”