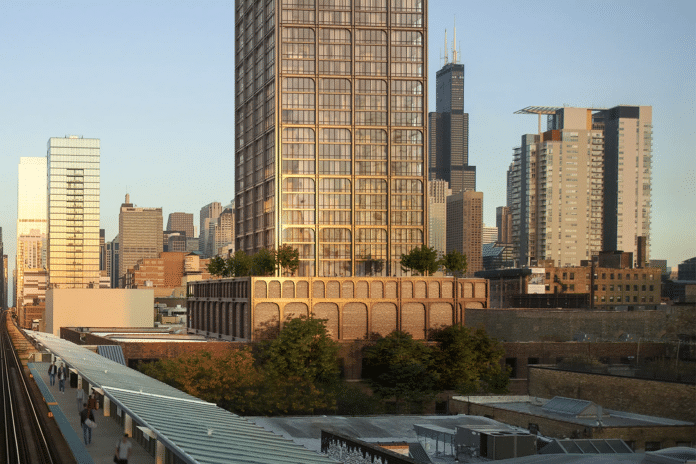 Chicago has issued a $112 million building permit for a project that will become the tallest structure in the city’s Fulton Market district.

The permit issued on Aug. 27 allows the construction of a “300-unit apartment building, ground floor retail and parking podium” at 164 N. Peoria St. The city had issued a foundation permit earlier.

The listed owner is 900 Block Holdings, LLC, but published reports say ultimate owners are a joint venture between Related Midwest and Tucker Development. “The latter purchased the majority of the block in 2015 and renovated the existing landmarked buildings into new office and retail space,” Curbed Chicago reported in 2018. “Tucker previously considered constructing a 19-story apartment building for the site prior to teaming up with Related last year (2017).”