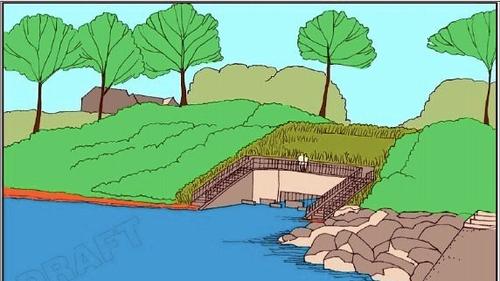 Winnetka Village council has directed staff to seek a peer review of the proposed Willow Road tunnel, after estimated construction costs rose to $58.5 million, far greater than the original $34.6 million estimate, according to village council minutes.

“At the time the contract was awarded, the project was at a conceptual engineering stage—requiring MWH to undertake significant design and engineering to advance the project to a stage where permits could be submitted,” the village reported on its website. “Importantly, the council recognized the many complex steps and questions to be answered through the process, and therefore structured the contract with MWH to recognize decision, or ‘review points.’  The review points advance the project on a step-by-step basis without obligating the Village to the complete engineering services.”

“It’s a significant increase from the estimate we received in 2012, when the project was at a conceptual state,” the Chicago Tribune quoted village president Gene Greable as saying at a May 12 study session. “This news took all of us by a total surprise. Our job now is to identify ways we can continue our work for an effective, feasible and affordable solution.”

According to a memo prepared by Village Engineer Steve Saunders proposed in a memo that an independent engineering review would on the reliability and accuracy of the cost estimate.and whether there are other more cost-effective ways to design and implement the project.

Saunders has been quoted as saying that he has spoken with two companies about bidding for the cost and value engineering of the project, and could release a request for proposal within days.

“They both assured me, if the council approves and gives them notice to proceed at the meeting on (June 2), we should be able to talk about the cost review at the July 7 meeting,” Saunders said.

Trustees also directed Saunders and Joe Johnson of MWH Global to prepare the tunnel’s permit application, which must be submitted jointly to the U.S. Army Corps of Engineers, the Illinois Environmental Protection Agency and the Illinois Department of Natural Resources.

This process could take up to 12 months to complete.  Village staff recommended that the permitting be sought, but to put a hold on additional design services.

“The only way (those agencies) are really going to make a final determination of whether a permit can be granted is by proceeding with the application,” Saunders was quoted as saying. “There’s some time to run (the permit process, cost review and independent review) concurrently.”

Johnson estimated the construction project will take three years to complete once permits are granted and the design is completed.