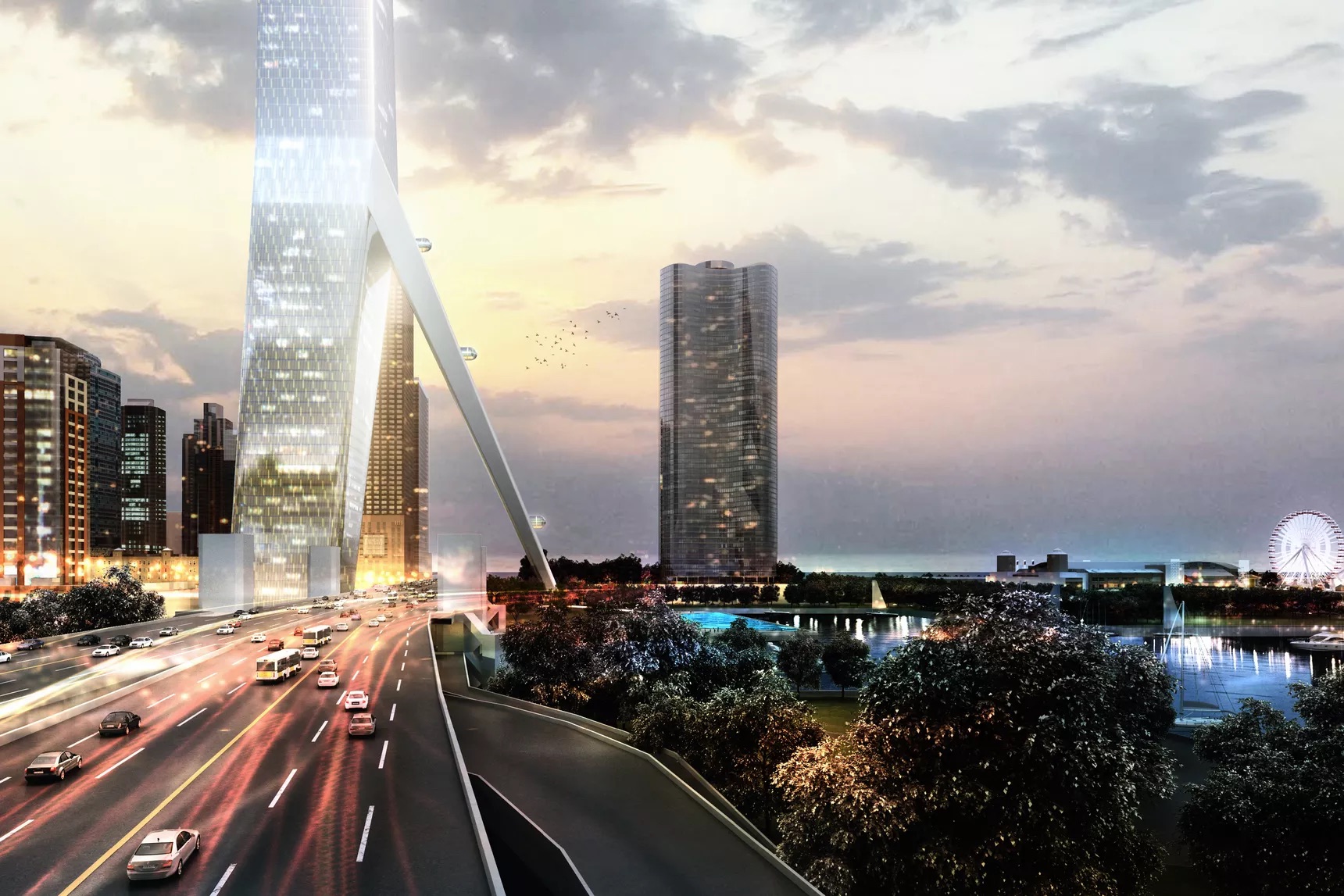 The long-dormant Spire Tower project at 400 North Lake Shore Dr., stalled as the 2008/09 recession dug a hole into the market (leaving a gaping real hole in the ground) may be returning to life. DataBid.com reports that the Related Group indicates preliminary plans for the site are expected in 2017, though, under “estimated cost” the leads service says: “estimate not available.”

Curbed Chicago recalls that project had been initiated in 2005 and construction began in 2007 with a site perimeter foundation wall “to prepare for deep excavation of almost the entire property while all of the tower’s caissons were drilled into the ground.

The core of the building, approximately 75 feet wide, was then excavated to a depth of about 78 feet in a large circular hole centered on the north half of the property. To the east of the building site, a pair of new entrance and exit ramps were added to the lower level of the Lake Shore Drive viaduct which crosses over the Chicago River and Ogden Slip.

While presales had been going well for the 2.2 acre property, financing dried up and the original ultra-luxury 150 story condo structure never rose from the ground. Earlier this year, Related Midwest, which obtained title to the property in 2014, installed a landscaped berm to isolate the unsightly hole from neighbours.

Gensler also released conceptual plans for the to-be-reborn tower earlier this year through an internal competition, though it is unclear if Related is even considering the ideas reflected in the images here.

Nevertheless, even with the uncertainty, the tower project will undoubtedly be one of Chicago’s largest construction opportunities when the hole is filled in, hopefully within the next year.

Integra projects about 7,000 new apartments in downtown Chicago within 2...