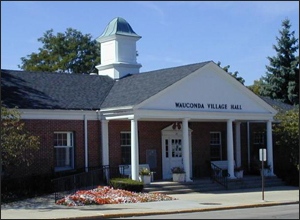 “The biggest expense will be the construction of the pipes, The Herald reported. “That’ll cost an estimated $25 million, (Wauconda public works director Brad) Fink said, and Wauconda will be responsible for about 70 percent of that sum. Fink called the $25 million total “a pretty conservative number.”

Wauconda homes and businesses get drinking water from local wells.

Voters approved the project in 2012, including $41 million in loans.

The CLCJAWA board stunned Wauconda leaders and residents in September 2013 when it formally broke off talks and voted to go ahead solely with Volo,” The Herald reported.

Problems arose after Wauconda mayor Frank Bart took office in May, 2013, because of “delays and demands” during the negotiations. “Bart publicly took the blame for the village’s failure and removed himself from the group that had been negotiating with the agency,” the newspaper reported.

The CLCJAWA board will discuss the proposal on Aug. 27, said Round Lake Beach mayor Rich Hill, the water board’s leader. He expects the group will vote on the plan in October.

If CLCJAWA’s pipes are extended to Volo and Wauconda, Lake Michigan water will be available to the towns in 2018, officials have said.