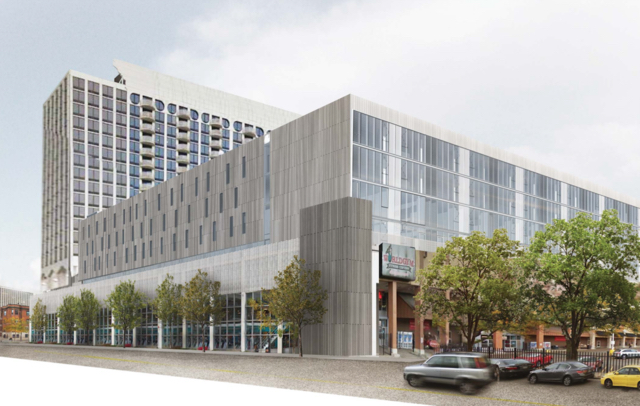 The 18-story postmodern Pensacola Place Tower at 4334 N.Hazel St. is on track for significant renovations and updates.

Designed by Stanley Tigerman, noted Chicago-based architect and vocal critic of Mies van der Rohe’s brand of modernism, the project was originally constructed in 1981, when architects began reintroducing ornamentation and neoclassical shapes into commercial and residential designs, according to Chicago.curbed.com.

Waterton Associates purchased the tower in April for $66 million is preparing to update the building.

The owner has assigned Brininstool + Lynch as the designer, which would not only see updates to the Pensacola Place tower, but would also bring a new addition for townhouses along Montrose Avenue.

If the proposal moves ahead as scheduled, Waterton could start construction as  as early as next spring and complete the redevelopment by winter 2017 or spring 2018.