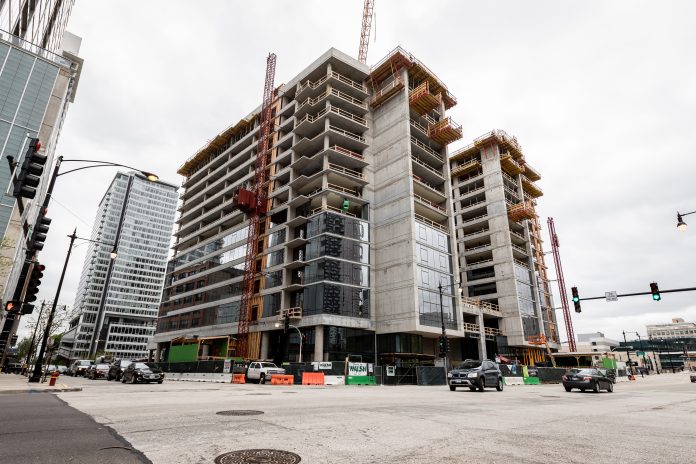 Construction of the new towers at the corner of Wells and Harrison Streets includes nearly 18,000 cubic yards of concrete and more than 1,200 tons of rebar.

Alta Grand Central is developed by the Chicago office of Wood Partners, a national multifamily development company, and designed by Pappageorge Haymes Partners. The three organizations recently completed Alta Roosevelt, a 33-story apartment tower, which is also in the South Loop just to the south of the Alta Grand Central site.

The contractor says this project is one of the multiple multifamily residential projects being built by Walsh Construction in Chicago, including the 60-story Wolf Point East along the Chicago River and The Paragon residential tower at 1326 S. Michigan Ave.