Two Indiana men have been charged with labor-related extortion offenses in a three-count indictment unsealed on Aug. 16, according to a news release from the U.S. Department of Justice.

Thomas R. Williamson, 67, of Schererville and Jeffrey R. Veach, 55, of Portage were arrested earlier that day and each charged in a three-count indictment filed in the Northern District of Indiana with one count of Hobbs Act Extortion Conspiracy and two counts of Attempted Hobbs Act Extortion.

Williamson and Veach had their initial court appearances and arraignment before U.S. Magistrate Judge John E. Martin for the Northern District of Indiana and were released on $20,000 unsecured bond.

Veach and Williamson were named as two defendants in a lawsuit from a Jan. 7, 2016, incident at a Dyer construction site, the Chicago Tribune reports.

The lawsuit claims Northwest Indiana union members attacked Illinois-based D5 Ironworks employees while they were working at the site of Plumb Creek Christian Academy, at U.S. 231 and Calumet Ave., The Tribune reports.

The lawsuit claims that On Jan. 6, 2016, Williamson, a member of Local 395 Ironworkers, approached a D5 worker about using union workers at the site. Williamson then went to Dyer Baptist Church, which owned the school, and said “it was unethical to use non-union labor,” says the lawsuit.

On Jan. 7,  Williamson returned and got into an argument with a D5 worker, who told Williams to leave, the lawsuit states. Williams then shoved the worker and said, “I’m taking this back to old school,” the lawsuit alleges.

Later that day, Williamson, Veach and about 10 other people arrived and attacked the D5 workers, punching, hitting them with scrap wood from the construction site and kicking them with steel-toe boots, the lawsuit states. The attackers said it was union work and their territory, according to the lawsuit.

One of the people attacked suffered a broken jaw and had to be taken to a hospital, according to the lawsuit.

D5 stopped working at the school site after the attack, the lawsuit states.

An indictment is merely an allegation, and all defendants are presumed innocent until proven guilty beyond a reasonable doubt in a court of law.

The case is being investigated by the Department of Labor Office of Inspector General and the FBI with the assistance of the Dyer Indiana Police Department. Trial attorneys Conor Mulroe and Robert Tully of the Criminal Division’s Organized Crime and Gang Section are prosecuting the case with the assistance of the U.S. Attorney’s Office for the Northern District of Indiana, the news release said. 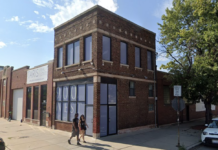 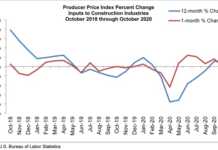