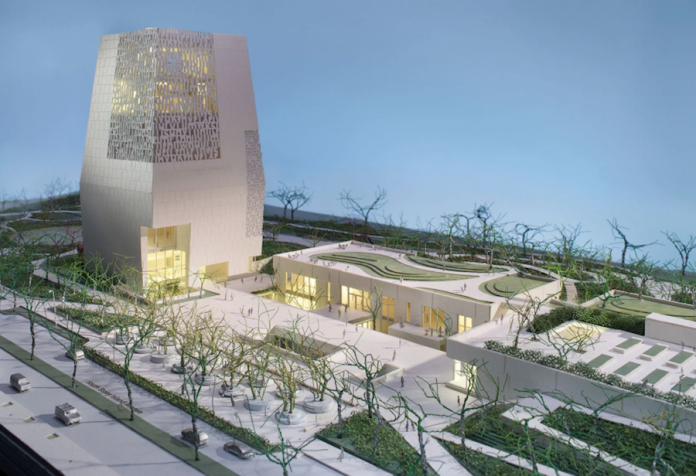 Supreme Court Justice Amy Coney Barrett, appointed by Donald Trump, denied a bid to block the construction of the proposed Obama Presidential Center in Chicago’s Jackson Park on Aug. 21. She did not issue a reason for her decision, which she made on her own.

Protect our Parks, which has been fighting against the project for year, was among the applicants for a writ of injunction to prevent any further groundbreaking at the site, as well as stopping tree cutting in the park for the center.

“Protect our Parks welcomes the construction of the Obama Presidential Center on Chicago’s South Side outside of a dedicated public park!,” the group says on its website.

The last-ditch effort to stop the project at the nation’s highest court means work can continue unimpeded on the $500 million project, which had commenced on Aug. 16. Initial elements include roadway improvements and construction, the Obama Foundation said in an earlier statement.

Powers & Sons, UJAMAA, Brown & Momen and Safeway represent some of the most established and well-respected African-American owned construction firms in Chicago, the foundation said in an earlier statement.