To start, the city has allocated $5 million to eliminate bus “slow zones” at bottle-neck intersections, starting with the 79th Street and the 66 Chicago Avenue lines, the city says in a news release.

The larger impact on the building and development community will occur as the TOD incentives and zones are defined.

“The expansion of transit-oriented development incentives, which are being developed by the Chicago Department of Transportation (CDOT), the Chicago Transit Authority (CTA) and the Department of Planning and Development, will be targeted to enhance development around busy bus corridors and key bus-bus and bus-rail connections, supporting the expansion of affordable housing options and complementing other commercial development initiatives like the nearby Retail Thrive Zones on Chicago and 79th,” the city announcement says.

“Chicago has been a national leader in transit-oriented development, and these improvements will help make Chicago the first city to look at a citywide plan specifically around buses,” Mayor Rahm Emanuel said in a statement. “It’s a smart way to strengthen smart growth in our city and enhance the way we live, work and get around Chicago.”

“In addition to the work on 79th and Chicago Avenue, additional targeted investments may also be identified on other corridors included in the Mayor’s proposal to extend transit oriented-development for buses, for example on Western and Ashland. Since announcing his proposal in June, the City has been examining a number of high capacity bus corridors for potential to extend existing density bonuses and reduced parking requirements to new developments adjacent to Chicago’s transit assets.”

CDOT will work with CTA and the Mayor’s Office to identify further locations for infrastructure improvements. The Mayor’s full proposal to expand transit-oriented development incentives will be introduced to the City Council in December. 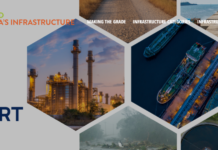