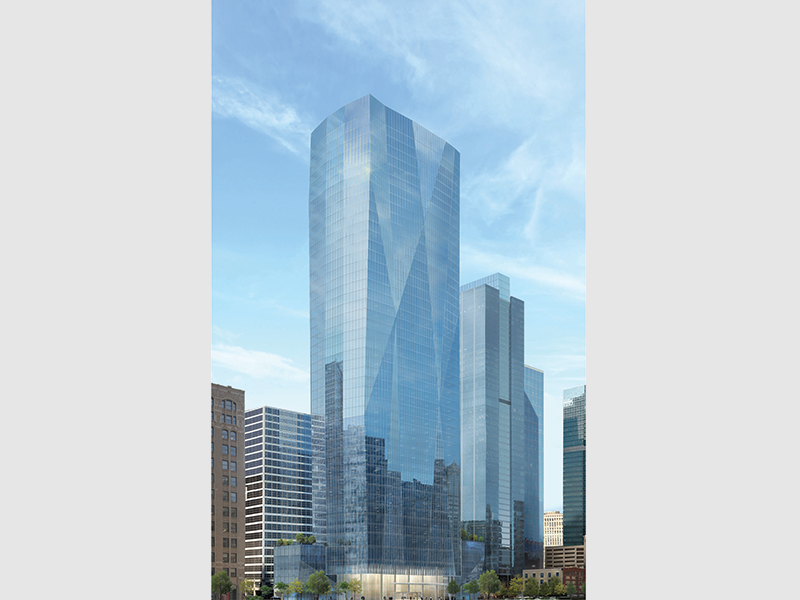 Developer Tishman Speyer has unveiled a new design for 130 North Franklin that will result in a 53-story project, with 1,337,360 sq. ft. of leasable space.

If the project moves forward as currently proposed, it will become the largest office tower to begin construction during the post-recession construction boom now underway,” Curbed Chicago reports. “The tower’s crown is expected to top out 751 feet, allowing this building to clear the forest of adjacent tall buildings whose heights plateau in the 550-650 foot range.”

Krueck+Sexton Architects has designed the project.

The Sinclair to rise on Jewel-Osco store site at Clark and...