Proponents of a proposal to tighten the rules in awarding tax subsidies for private developments were derailed at Chicago City Council’s finance committee on Dec. 10 on a quorum call.

The Chicago Tribune reports that supporters of the ‘TIF (Tax Increment Financing) Back to the Basics Ordinance” had the votes to get the long-stalled proposal through the committee.

“But before they could find out, committee chair Ald. Edward Burke asked if any of his colleagues wanted to call for a quorum,” the Tribune reported. “The meeting was three aldermen short of that standard, and Burke immediately recessed the committee until Tuesday (Dec. 11.)”

Mayor Rahm Emanuel’s administration will now work to make sure enough of their allies attend the meeting to vote down the plan.

Emanuel and predecessor Mayor Richard M. Daley have for decades used the TIF program “as a carrot to developers to lower the cost of private construction projects by paying for infrastructure upgrades and other needed improvements,” the Tribune reported.

The ordinance would require the city to only give TIF money to projects that wouldn’t get built without it, by showing the area where the construction is to take place suffers from blight or lack of investment, the published report says. However, some critics have questioned why the city has been awarding hundreds of millions of dollars with TIF assistance for projects in desirable central neighbourhoods.

Emanuel wants to create several new TIF districts including one for the North Branch Industrial Corridor including the Lincoln Yards development, a housing, office and entertainment district planned by developer Sterling Bay.

A second TIF ares would be for The 78, a vacant South Loop parcel.  As well he wants TIFs for the long-vacant lakefront Michael Reese Hospital site and the district near the Tribune Media site.

However, Ald. Scott Waguespack, 32nd, said it isn’t certain the projects at those locations need public money. “It doesn’t matter what the mayor says, it’s the state law,” Waguespack was quoted as saying. “And he has to follow what the state law is, and he’s failed to do that over the years.

“That’s why two years ago we were pushing this, and years before,” he said. “To create more transparency, so that taxpayers know what they are forced to pay for, and if all these projects and the new creation of TIFs are meeting the ‘but for’ test.” 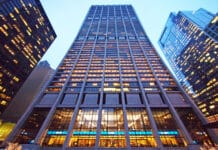 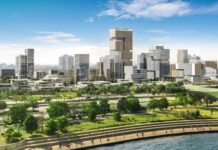