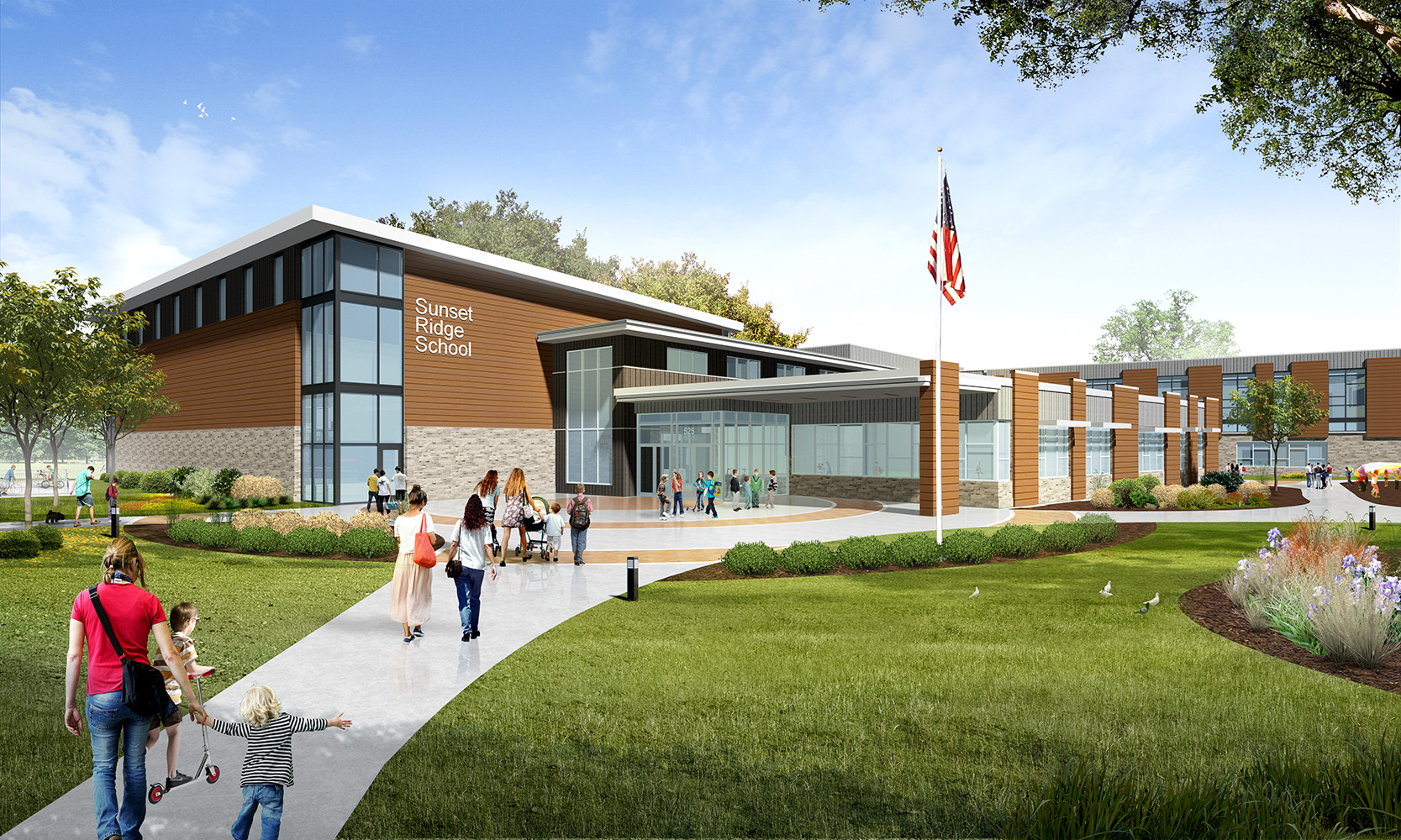 Sunset Ridge School District 29, Wight & Company, and Pepper Construction joined students, parents, teachers, administrators and local officials in Northfield, IL on April 12 to celebrate the groundbreaking of a new school for Sunset Ridge School District 29. The 70,000-sq. ft. facility, which will replace an existing building, is designed to serve approximately 300 children in grades 4 through 8. It is expected to open in August 2017.

(As plans for the budgeted $25 million school project were developed, there was controversy about the planned demolition of the historic school structure, originally built in 1930.)

(The school district website reports: “Historical Preservation: Plan to include historical elements (e.g., fireplace, wood work, original chalkboards, artwork, photos) of the current structure into the new building. Engage stakeholders to identify what specific elements should be preserved and how to best include and honor the district’s history in the new structure.”)

“This school will be a tangible symbol of the community’s care and commitment to its children’s education,” said Leanne Meyer-Smith, vice-president, architecture at Wight in a news release. The centerpiece of Wight’s design is a “village square” that features performance and dining space. The village square will be surrounded by distinct “academic neighborhoods” that are organized by grade level, physical education and music areas.

“We are pleased to be able to build a brand new, state-of-the-art school with no additional cost to our taxpayers,” District 29 Board of Education president Debbie Papas said in the press release. “Our board prides itself on being forward thinking and, during the past 15 years, has always remained focused on maintaining a surplus even in the face of difficult times with an eye towards saving money for this important project.”

The creation of the new school is the culmination of a comprehensive review of repair and improvement needs initiated by district officials in 2014, the news release said. Pepper Construction has been working with District 29 on pre-construction for the project. “We are excited to continue our partnership and bring District 29’s vision to life in creating this cutting-edge school for the students of the Northfield area,” executive vice-president Scot Pepper said in the news release. The project will be seeking LEED certification, though the level has yet to be determined.

“Sunset Ridge is a real unifier for Northfield. Many families have called this District home for generations, so we wanted the design to represent that unity,” said Meyer-Smith. “Our village square concept was informed by our conversations with residents about how integral the school is within the community. This is also a community with high expectations for its children’s education. Our design program addresses a range of educational requirements and enhancements.”

“The aesthetic for the new Sunset Ridge School is very contextual to the neighborhood,” said Meyer-Smith. “We have incorporated elements and building materials that echo the warm, natural tones you see throughout the homes in Northfield.” 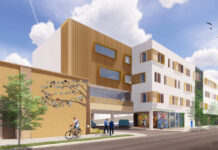