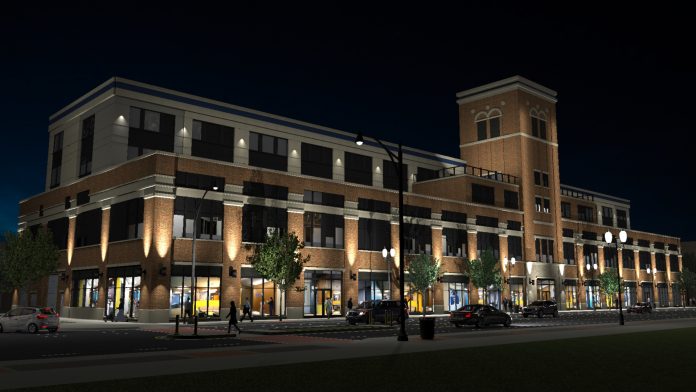 General contractor Summit Design + Build says it has started construction to complete the renovation and reconstruction of 1900 W. Lawrence Ave. in Chicago’s Ravenswood/Lincoln Square area. The building was formerly home to a Sears department store which opened in 1925 and was the oldest and longest-standing store for the brand until it shuttered in 2016.

Building permit filings with the City of Chicago set the overall project value at about $18.5 million.

The adaptive reuse of 1900 W. Lawrence will convert the former commercial building to residential, featuring 59 apartments ranging from one to three-bedrooms. Second floor units will have lofted mezzanines with private, internal staircases.

The nearly century old, 105,000 sq. ft. building spans the length of an entire city block along Lawrence Avenue between North Winchester Avenue to the West and North Wolcott Avenue to the East. The building currently stands at three-stories, with the third floor set back off Lawrence Avenue. The project’s scope of work calls for two additions to extend the third floor to match the full length of the building with the subsequent addition of a fourth floor, which will also be set back. Two new elevators and three staircases will be added as well as all new MEP systems.

A unique and notable feature of the current building is its lack of window openings due to a transition to windowless store design in the 1930s. Because of this, extensive work will be required to create new openings for the future apartments.

The building’s central five-story tower, a trademark of early Sears store design, will be maintained and house the first floor lobby, and amenity and lounge space on floors two through four. Work began mid-summer starting with heavy interior demolition, removal of escalators, elevators, stairs, concrete mezzanine floor slabs and existing MEPs to open and prepare the space for interior work.

The building will also have 30,000 sq. ft. of first floor retail along Lawrence Avenue and 44 rear parking spaces accessible off of Winchester Avenue.

Of the 30,000 sq. ft., DeVry University will occupy just over 15,000 sq. ft. with the tenant work on this section having a building permit value of $1.5 million. The third Chicago campus for the for-profit college will include 11 classrooms, technology labs, an auxiliary lounge and common area with kitchen, reception, interview rooms, new bathrooms and staff offices. 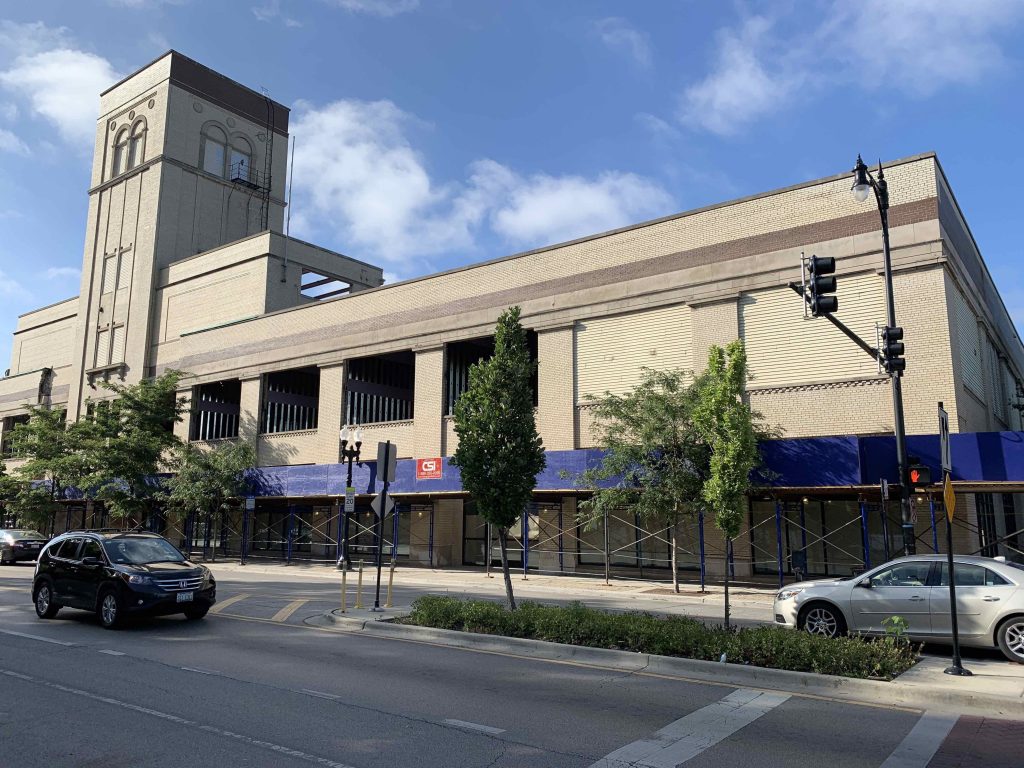 Summit Design + Build will complete the build-out of DeVry University while simultaneously managing construction of 1900 W. Lawrence, which has a $17 million permit.

ArchIteriors is serving as the project architect, and DeVry University is being represented by Newmark Knight Frank.

The general contractor will be working with CA Ventures and Springbank Capital Advisors who partnered on the deal to redevelop 1900 W. Lawrence. Gillespie Design Group is serving as the project architect for 1900 W. Lawrence. Construction of 1900 W. Lawrence will be complete by fall of 2020.