What is the secret behind Itasca-based PREMIER Design + Build Group’s five-year growth rate of 748.4 percent, to projections of more than $400 million in revenue this year – with no signs of a slow-down in the contractor’s expansion?

The answer, say key PREMIER employees, can be discovered a decade ago, when a massive recession decimated the US development industry and the company was much smaller, but observed the core values it maintains today.

“At the beginning of the recession, a client was building a four-story Class A office building in a suburban Chicago market,” said Mark Melone, recently appointed as executive vice president and director of construction. “They had broken ground a month or two before the collapse occurred, and they were too far down the pike to stop the project,” even though the economics had shifted radically.

“The financials no longer matched the expectations to the reality,” he said.

“We built their project, with one change order – and that was to deduct and reduce our fees. It was a change order to make it work.”

Melone has worked with the company for 13 years and was its first outside project manager hired after Alan Zocher, Brian Paul and Alec Zocher founded the business in 2004.

PREMIER initially specialized in industrial, warehouse and logistic buildings, and a large portion of its revenue still comes from this market segment. However, Melone and Michael Long, who recently was appointed to fill Melone’s previous role as senior vice president, Midwest market leader, say that PREMIER has expanded its coverage to many different types of buildings, ranging from healthcare structures to high rise residential buildings and even churches.

The diversification, in part, occurred as PREMIER fought to survive the multi-year recession in the last decade.

Clients also encouraged the builder to expand geographically, setting up offices to construct their projects in Florida, New Jersey and California. Once the new offices were opened, PREMIER extended its client-focused business strategy to develop new opportunities within the expanded markets.

“When a problem is identified in the design stages or during the project, that problem isn’t just an owner problem (and) it isn’t just a project problem,” said Long. “It’s our problem too. We solve these issues collaboratively and we don’t see it as an opportunity for profit.”

In other words, PREMIER will do everything it can from the outset to avoid the need for unwelcome change orders, and if changes are required, will work with designers, subtrades and clients to mitigate these costs.

This attitude, says Melone, builds trust and ensures much repeat business as clients (and PREMIER) open their books to each other and share observations at the earliest stages of design and project development, and throughout the design and construction life cycle.

“We communicate the whole story in the budget early on, allowing for contingencies, and clients appreciate that when a project is built it doesn’t exceed the budget, stays on schedule, and there aren’t any surprises,” he said.

Although the company has grown to more than 90 employees with three offices, staff say that the company’s values and orientation are infused throughout the organization, and everyone works to pitch in to solve challenging issues when they arise, including the three founders.

As another example, in one project, the owners and PREMIER expected to work on a clean site, but “we found buried debris that no one knew about” and potentially devastating environmental clean up costs, Melone said.

“We looked for and found creative means of reducing costs and disposing the materials,” he said. “We voluntary absorbed costs and made sure the project remained viable.”
“There’s nothing unique, original or top-secret about how we operate,” he said. “(Clients) don’t hold secrets from us … they know we share our interests in mutually beneficial relationships.”

PREMIER staff are under no illusion that the current excellent market conditions will continue forever.

In the meantime, the business’s biggest challenge is finding “qualified people – the market is very competitive,” says Autumn Harris, who oversees the company’s marketing and communications.

PREMIER offers an appealing work environment and internal support for employees wanting to expand skills and opportunities through its 1-2-3 Grow program. “Our forward-thinking approach to supporting our staff through career growth is akin to our overall company approach – we are constantly looking ahead,” she said.

Key 2019 projects include cold storage facilities (one in Savannah, Georgia) to accommodate growing demand in this industry, as well as cannabis growing and processing facilities in several markets. The company also is working on Cottages, a California multifamily development, and a health and fitness center in Chicago’s suburbs. 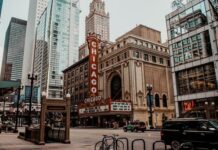