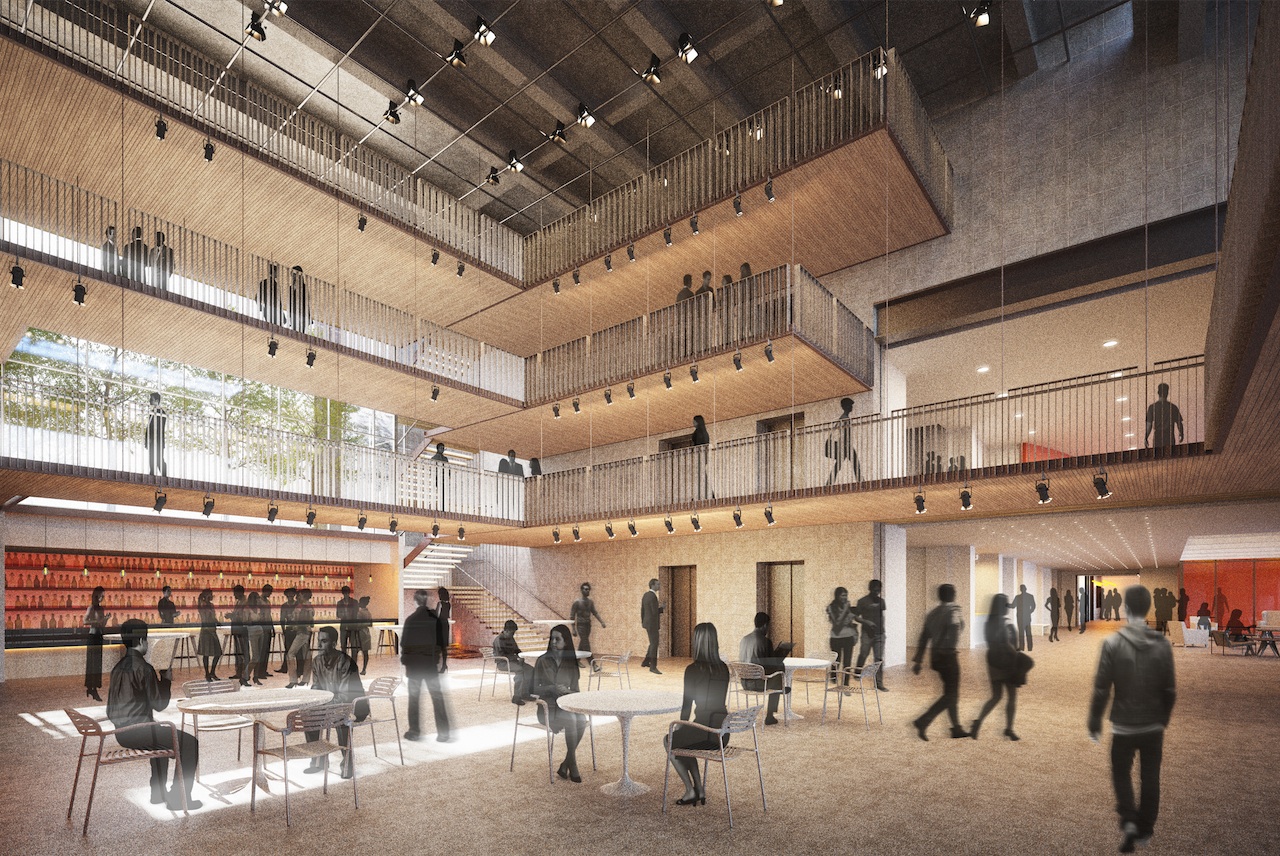 The Steppenwolf Theater Company at 1650 N. Halsted St. has announced a major expansion project on the south side of its campus.

“This bold vision for an expanded campus respects Steppenwolf’s past, and positions the company for welcoming new generations of artists and audiences,” said Eric Lefkofsky, a member of Steppenwolf’s Board of Trustees and CEO of Groupon, reports Dnainfo.com.

The new three-story theater building, designed by Chicago-based Adrian Smith + Gordon Gill Architecture, will sit on the campus’ south end where there is currently a parking lot and garage. It will have 400 seats and feature a public square auditorium to serve as the main lobby, a green roof and a glassy structure connecting the new building with the theater’s main site.

The plan also includes replacing the Upstairs Theater and Garage Theater as well as building a surface parking lot by replacing the three-tier parking structure north of the CTA tracks.

The theater has already started renovating a two-story building, formerly retail space, north of the existing theater which will serve as its office and the “Lab at Steppenwolf” ― a black box theater for community and teen programs. Chicago.curbed.com reports that the architects are planning on utilizing a “palette of materials that are of Chicago, and on a scale appropriate for the neighborhood”, according to a statement from Gordon Gill.

As part of the plan, a major renovation of the current theater building’s lobby will make the three buildings connect seamlessly on the ground floor.

The expansion project will cost $50 million, of which the company has raised $20 million so far. Steppenwolf authorities have said that the construction of the theater will begin only after the company raises sufficient funds. The entire project is expected to be completed within four to five years.

The company has also announced this week that Martha Lavey, Steppenwolf’s current artistic director, will be replaced by Tony Award-winning director Anna Shapiro, but will remain an ensemble member.