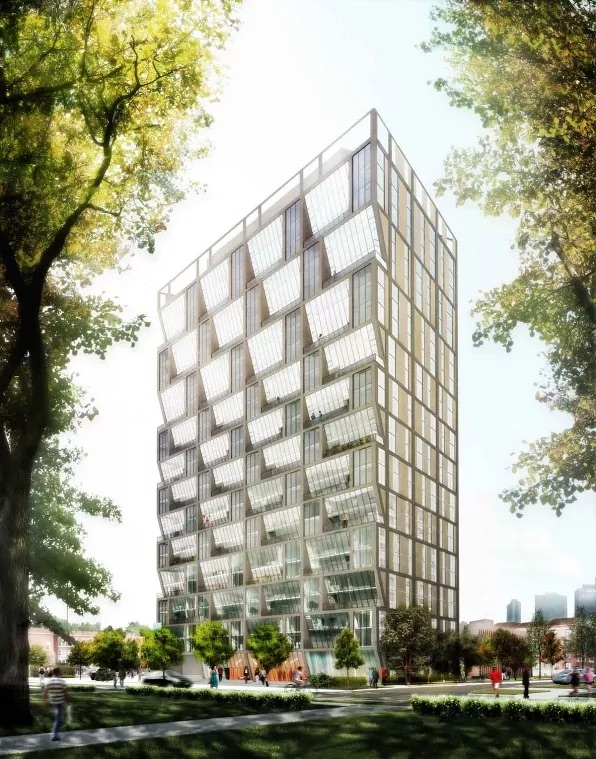 Chicago has issued an $85.6 million building permit to complete the construction of the “Solstice on the Park” 26-story rental tower at 1616 E. 56 St. in Hyde Park.

Linn-Mathes Inc. is listed as the general contractor for the project developed by Antheus Capital and MAC Properties. The rental project will have 250 apartments and a five-story parking garage.

Solstice represents the third recent Hyde Park project from Chicago-based Studio Gang Architects. The Jeanne Gang-led design firm’s angular City Hyde Park apartment block opened in the first half of 2016 while the group’s University of Chicago dormitory project known as Campus North Residential Commons welcomed its first batch of student residents in the fall. Solstice on the Park is expected to be completed by spring of 2018.