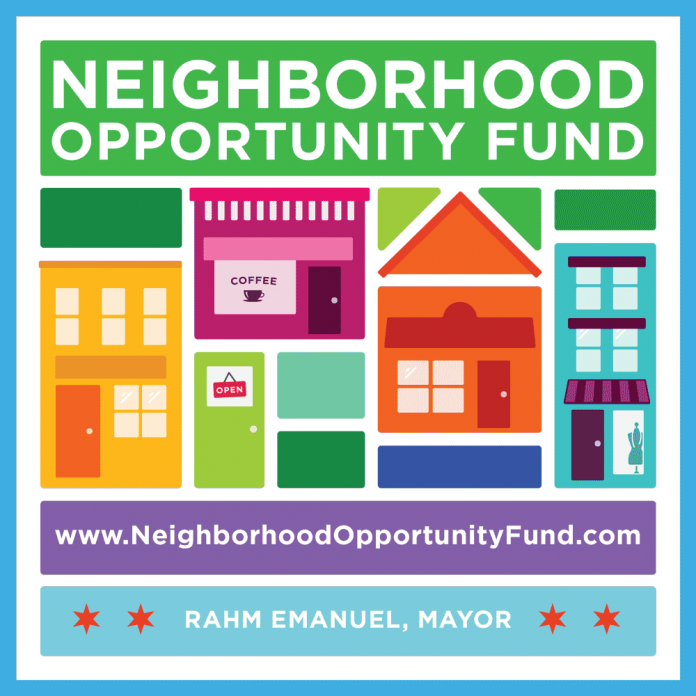 The City of Chicago says 94 local businesses and neighborhood organizations from Chicago’s South, West and Southwest sides will receive a total of $25 million as part of the city’s latest round of Neighborhood Opportunity Fund grant awards.

This year’s class of recipients includes businesses across 25 community areas with nearly 70 percent of the grants going to entrepreneurs of color, a news release from Mayor Rahm Emanual‘s office says.

“As one part of Chicago grows, we all grow together — that’s what the Neighborhood Opportunity Fund is all about,” Emanuel said. “Whether it’s coffee shops, black box theaters or family businesses, these investments on the South, Southwest and West sides are not only creating jobs and positive economic change, it’s also providing opportunities in neighborhoods where it’s been missing for far too long.”

Businesses receiving investments are provided with support from the city to obtain necessary building permits, licenses and other business needs. Funding is generated from voluntary payments made by downtown development projects through a series of zoning code changes introduced in 2016.

Eligible costs for Neighborhood Opportunity Fund grants include property rehabilitation, including new HVAC systems and façade improvements and local hiring subsidies. Between 50 to 65 percent of total project costs are eligible for funding through the program. Grants that exceed $250,000 require City Council approval. The program is administered by the Department of Planning and Development,

Since its inception in 2016, the city has awarded $47 million in grants to nearly 200 local businesses and neighborhood organizations across Chicago through the fund to make direct investments in commercial corridors across the City’s South, West and Southwest side neighborhoods.

The program is designed to catalyze business activity along the commercial corridors, building up amenities and delivering services or products that all communities deserve, the statement said.

This year’s round awardees include:

A full list of awardees is available at www.neighborhoodopportunityfund.com.

All projects are selected based on neighborhood needs, their potential to help catalyze nearby investments, their impact on commercial corridors, the experience and financial capacity of the applicants, and overall viability, among other criteria.

Investments from the fund support neighborhood businesses looking to physically expand their footprint to grow and enhance their business in their current location. For example, the buildout of a second restaurant by the owners of Catedral Café in Little Village allows a neighborhood institution to expand its offerings into a second location across the street.

The program also helps existing neighborhood anchor small businesses remodel and relocate their facilities. For example, Cup O’ Joe Coffee LLC will relocate in Pullman to expand into a 28,000-sq. ft. industrial facility for coffee and brewery production that includes a cafe and brew-pub which will provide jobs to local veterans.

The fund collects the funds from downtown development projects in exchange for density bonuses that enable new construction projects to exceed zoning limits for a specific development site.

Committee on Design ruffles some feathers as it begins reviewing new...