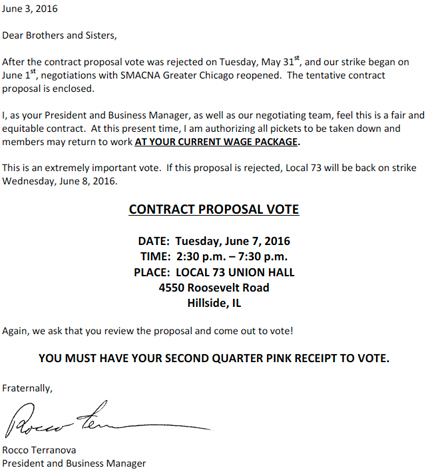 The union has advised its members that pickets can end and workers can return to work under the current contract pending the ratification vote.

In a note to union members, Rocco Terranova, local 73’s president and business manager, wrote: that he and the union’s negotiating team believe the tentative settlement “is a fair and equitable contract.”

“At the present time, I am authorizing all pickets to be taken down and members may return to work at your current wage package,” he wrote, saying that if the settlement vote is not ratified on Tuesday, the union members will return to their strike on Wednesday.

The cost of the pursuit: is it increasing because of IPD...