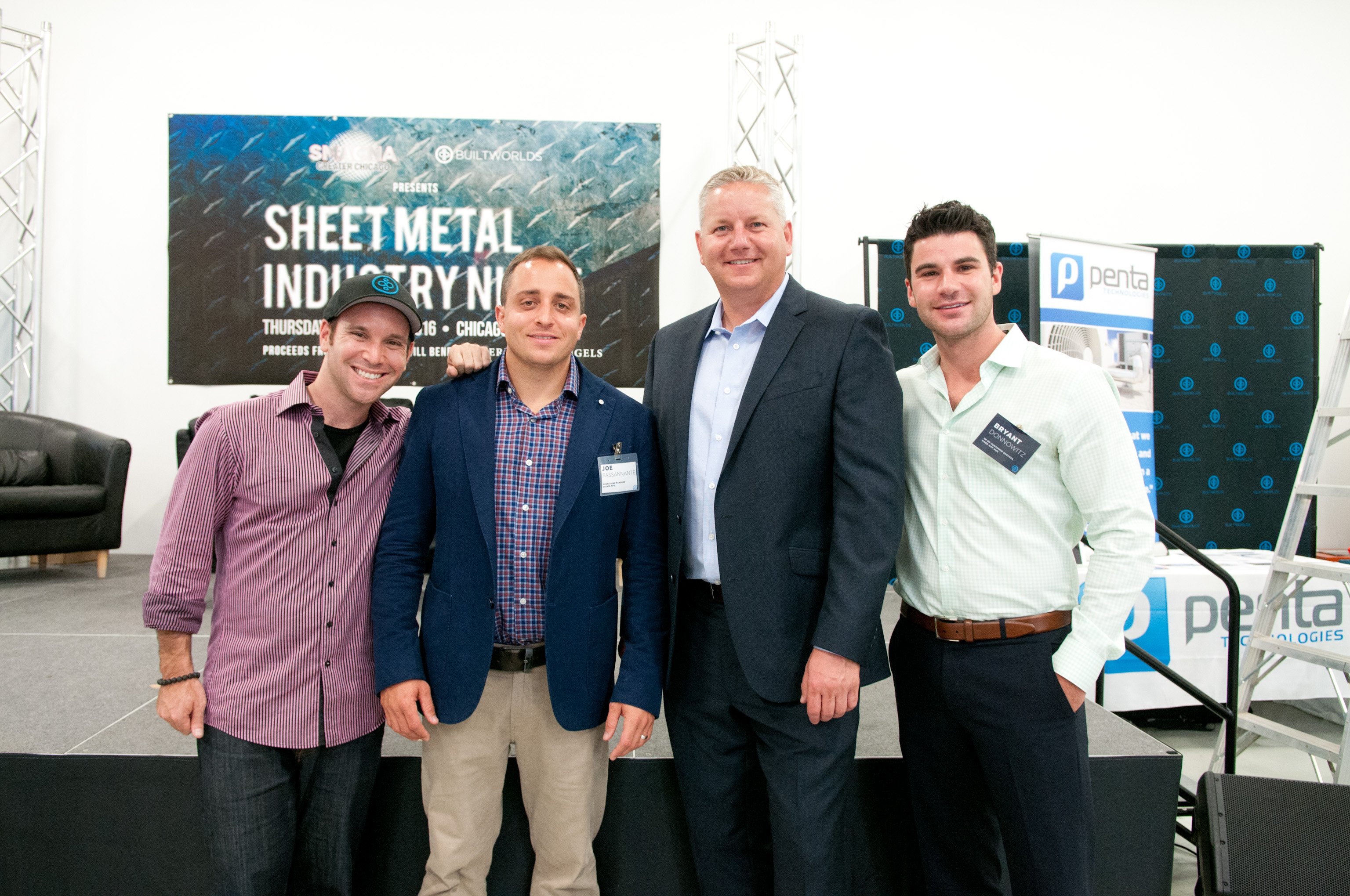 The technology revolution is here — is your company ready?

As a bonus, all attendees were entered for a chance to win a Microsoft Surface Pro 4 — chosen for its versatile on-the-go design and wireless capabilities that connect from anywhere. Mike Suggs of Synergy Mechanical, Inc. won the tablet.

“We were just trying to start something again,” said co-organizer Tony Adolfs, SMACNA Greater Chicago executive vice-president. “We used to do this big trade show with 170 booths, but when the market crashed in 2008, our trade show kind of went down with it, so this is something new we’re trying to start out of the ground.”

“We knew we wanted to put on an event downtown to attract the architectural and engineering communities and give them a chance to meet our contractors,” said co-organizer Joe Passannante, operations manager of Cleats Manufacturing. “We wanted to make sure that they’re aware of who our associate members are and what their products and offerings are, and a networking event lets them get to know those people.”

Featured presenters included Bryant Donnowitz, vice-president of customer success at Hard Hat Hub, and Mark Terzigni, SMACNA’s director of engineering and technical resources. As technology’s role in business productivity increases every day, the duo focused on finding the right people for tech-related jobs and which apps they can use to help businesses become more streamlined and profitable.

“It’s a charity I’ve known about for a long time, and it’s well known throughout the city,” Passannante said. “Jonny got up and told the story of his battle with cancer, and how he created Imerman Angels as a network of cancer survivors available to help people in similar age groups with the same cancer who need support.”

All ticket proceeds, totaling more than $2,100, were donated to the Chicago-based charity to help further their mission of personalized, one-on-one cancer support.

Energized by the success of the first Sheet Metal Industry Night, organizers are already thinking ahead next year’s event.

“This was the first attempt at a more focused industry event for our members. With the success of it, we’re looking forward to bigger and better things next year!” Adolfs said, noting tentative plans for a fall event.

Visit www.smacnagreaterchicago.org for details as they become available.