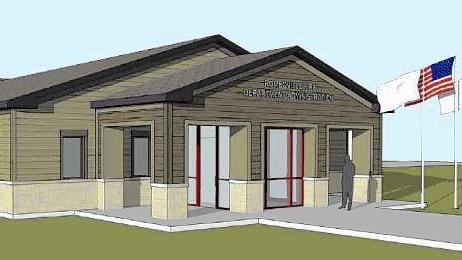 Romeoville trustees have signed off on $3.8 million in construction contracts to build a new fire station at 18 Montrose Dr. Village officials said Corporate Construction Services is coordinating the project on the site of the village’s former fire station (originally constructed in 1973) that was recently torn down.

“The existing building was in great disrepair,” said Mayor John Noak in a statement. “We reviewed numerous options as well as locations, and rebuilding on the existing site was the best option. We are able to do this using funds on hand and not creating any additional debt.”

Noak said the 13,500-sq. ft. station, designed by Dewberry Architects, also will house administrative offices. He said the former station was larger, 16,000 sq. ft., but the new station will provide better usage in the building per square foot;

“It’s been a lot of work and effort to modernize the fire department over the last few years,” Noak said at a recent meeting.

The fire house exterior will be brick, stone and siding, and administrative offices will have a separate entrance.