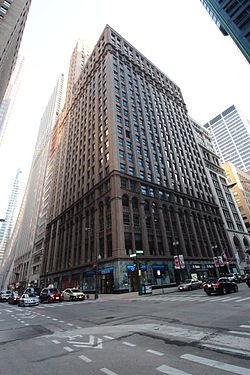 The Roanoke Building at 11 S. LaSalle St., a landmark building in Chicago, IL, is set to be changed into a Residence Inn by Marriott, one of the chain’s extended-stay hotel brands. The $88 million renovation plan was bolstered as the city granted a property tax incentive on Sept. 11.

The Class L Property Tax Incentive grant which decreases property tax assessments on Roanoke for 12 years, will allow LaSalle Hotel Partners LLC to save $13.8 million. The sum will enable the development team to reinvest in rehabilitating historically significant elements of the building, reports Dnainfo.com.

The transformed 330,000 sq. ft. hotel will contain 375 suites, a meeting room, an open lobby and new mechanical systems. Replacing windows and repairing the aging masonry has also been planned as the exterior of the 35-story building is now close to 100 years old. In addition, the project also includes the construction of a green roof and a new entrance along LaSalle St.

In 2012, a hotel was previously planned for the building, but a disagreement between the development team and its lender derailed the plans.

Built between 1915 and 1925 by the architectural firm Holabird & Roche, the Roanoke building features a Portuguese gothic revival-style, with Italianate details, according to a release from the City Council.

It is listed on the National Register of Historic Places and was designated a Chicago Landmark in 2007.