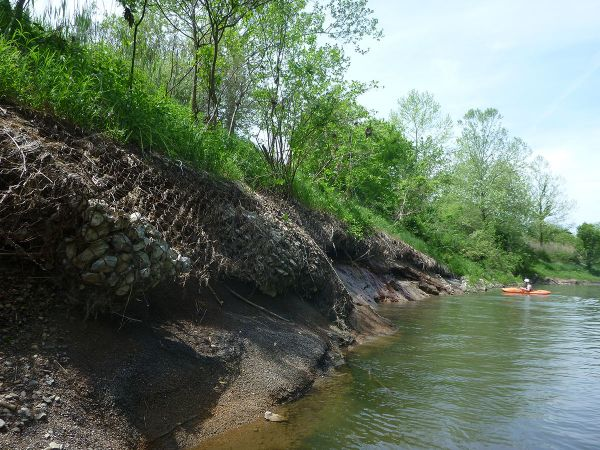 The Illinois Environmental Protection Agency (EPA) has introduced a a public comment period and a public hearing notice on a Dynegy plan to stabilize the Middle Fork River at the retired Vermilion Power Station near Oakwood.

The Middle Fork is cutting into the riverbank under three Dynegy ponds holding back 600 million gallons of toxic coal ash, Illinois Public Media reports The Illinois EPA has made a tentative determination to approve Dynegy’s plan to build a 2000 ft.-long wall of rock along the river to stop the erosion.

Sanjay Sofat, head of the Illinois EPA’s Bureau of Water, says the tentative determination is based on information provided by Dynegy. But the agency is now seeking public comments, and has announced a public hearing on Dynegy’s plan.

“The objective and the purpose here is to seek information from the public that we may not have, Sofat said. “That will help us make the final decision.”

The public hearing will be held on March 26 at Danville Area Community College. The Illinois EPA will accept public comments by mail or email through April 25.

Sofat said the Illinois EPA will consider comments on whether the proposed Dynegy plan will cause violations of Illinois and Federal water quality standards, or “interference with existing water uses, particularly public recreation, on the affected water.”

On Jan. 10 the U.S. Army Corps of Engineers closed its public comment period for parts of the proposed Dynegy project that require construction in the river.Project manager Sarah Keller said the Corps received some 300 public comments, which may lead to the agency calling its own public hearing.

“We are being as transparent as absolutely possible to everybody involved in this proposal, both the applicant, concerned citizens, other regulatory agencies,” Keller said. “We’re going to follow the regulations, and if we can approve the project we will. And if we can’t then we can’t.”

US construction spending drops in December