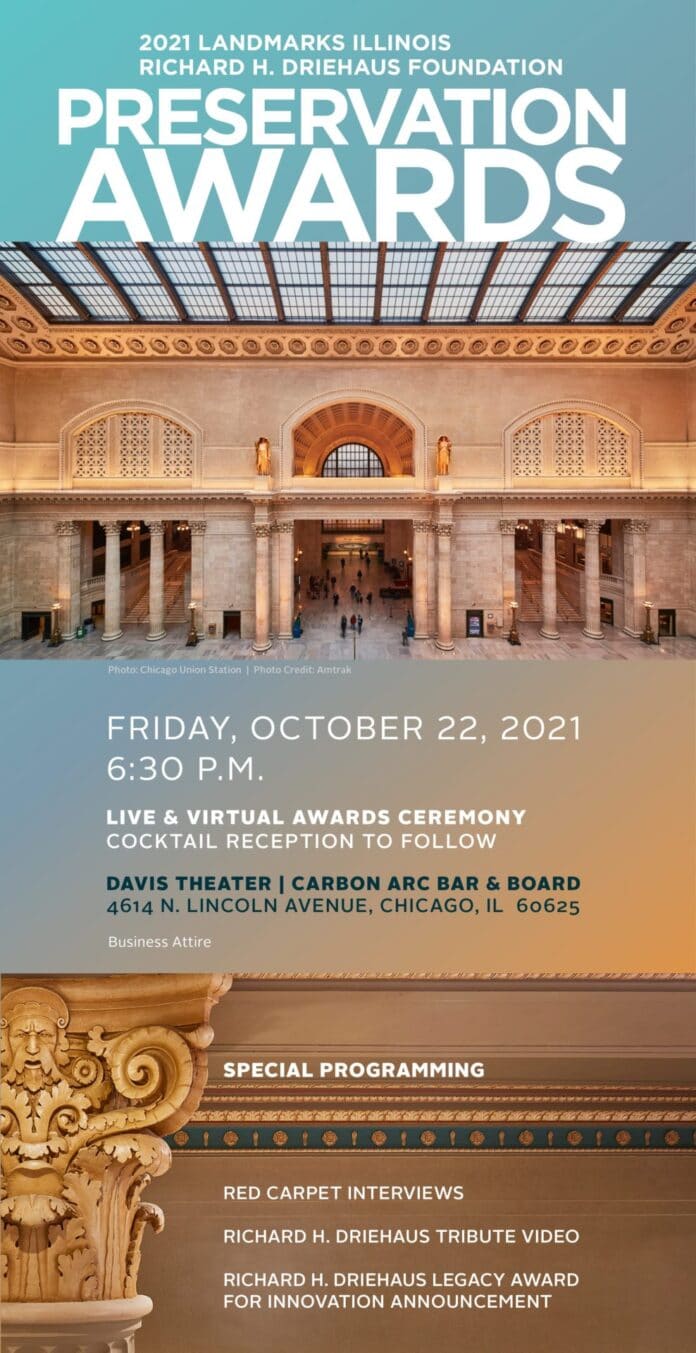 Outstanding preservation efforts in the Illinois communities of Aledo, Chicago, Nauvoo, Paris, Towanda and Waukegan are the recipients of the 2021 Landmarks Illinois Richard H. Driehaus Foundation Preservation Awards. The nine award-winning preservation projects and people who made them possible will be honored at an in-person & virtual ceremony the evening of Oct. 22 at the Davis Theater in Chicago.

“Our 2021 award-winning projects are models for what preservation can and should be: the creative, inclusive and sustainable reuse of our built environment promoting local job creation and community driven economic development,” Landmark Illinois president and CEO Bonnie McDonald said in a statement “The courageous and visionary people behind these innovative projects deserve recognition for transforming places to serve as equitable housing, accessible art and education centers, and lively gathering spaces that bring awareness to Illinois’ diverse history.”

Learn more about the nine, 2021 award winners and how to attend the awards ceremony at the website, www.landmarks.org/events/richard-h-driehaus-foundation-preservation-awards/. 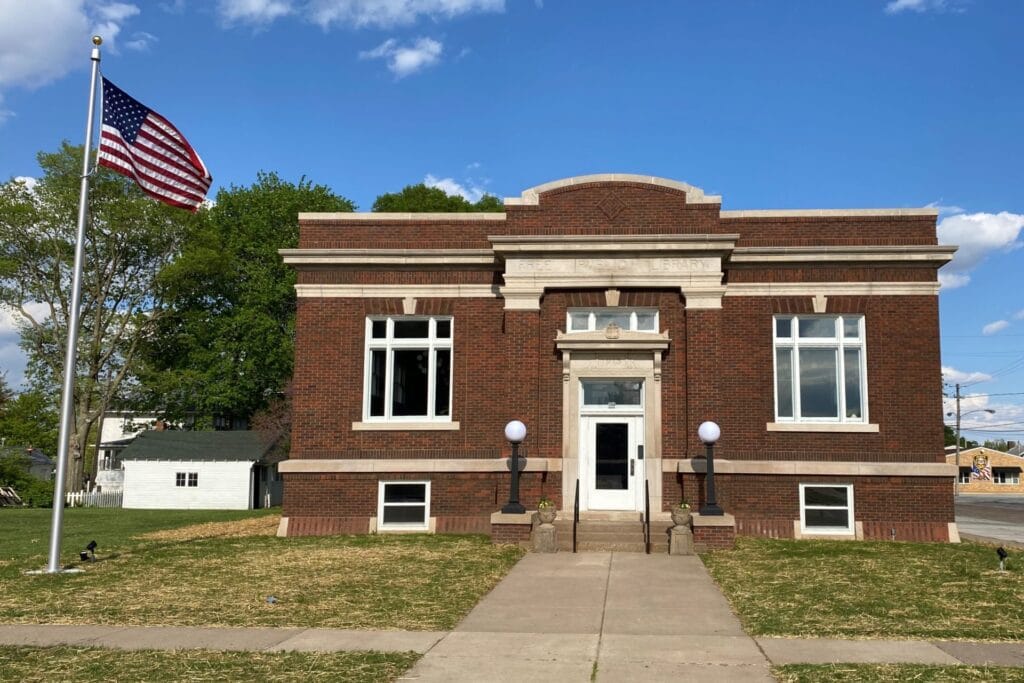 Former Aledo residents Crista and William J. Albertson transformed the historic library building in the National Register-listed Downtown Aledo Historic District into a coworking facility for the in-demand services of technology education, recruiting and employment. The project serves as a model for future economic development projects in the rural community.

Epiphany Center for the Arts, Chicago: Award for Adaptive Reuse 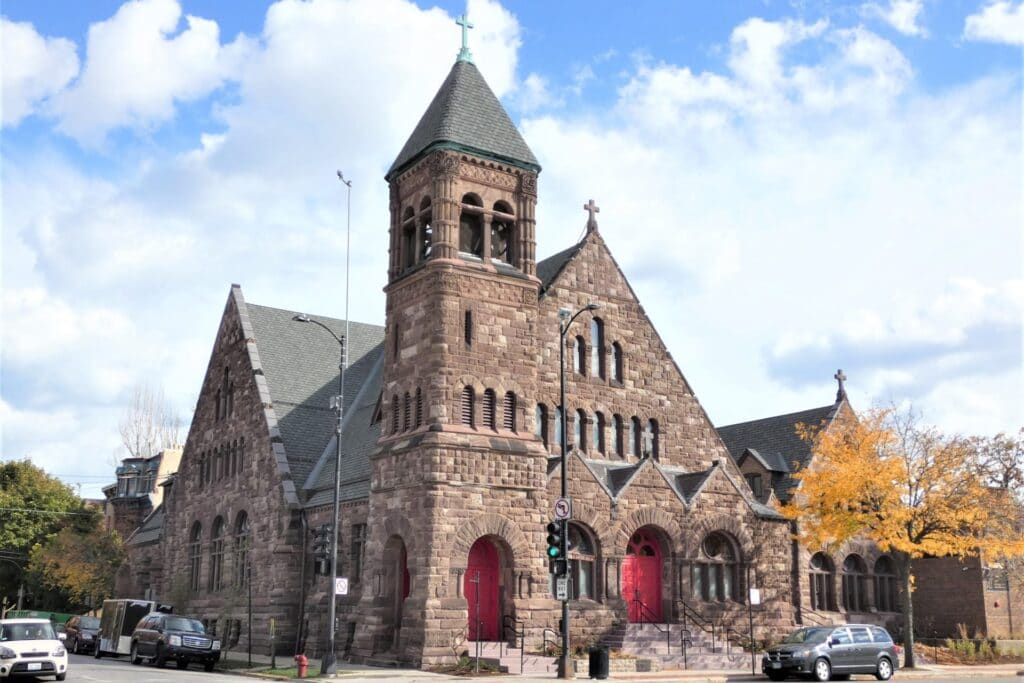 Developers and husband and wife team David Chase & Kimberly Rachal reused an 1885 Episcopal church to open an arts center for visual, performing and culinary arts, saving the historic building in the process and creating an active and accessible community space on Chicago’s West Side. 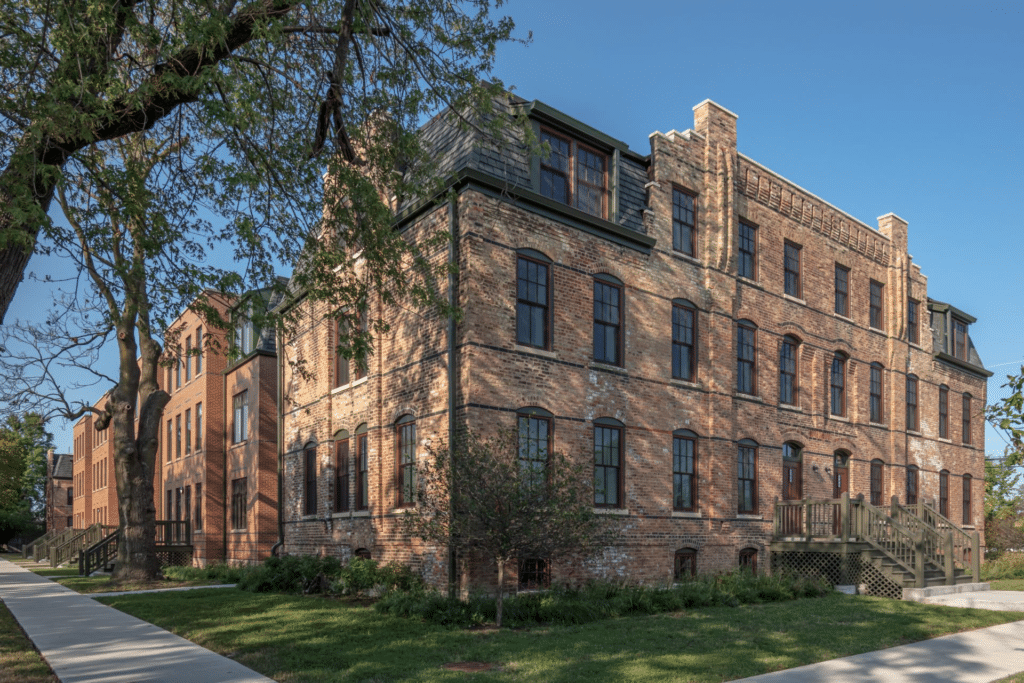 Two historic structures and one new construction building in Chicago’s Pullman neighborhood have been combined to create 38 work/live apartment units that serve veterans, low-income artists and individuals with supported services. The project, made possible through a dynamic partnership between Chicago Neighborhood Initiatives, Pullman Arts and Pullman Artspace Lofts, included an extensive community engagement process and signals the revitalization of the historic industrial community on Chicago’s Far South Side.

Ten years in the making, this large-scale project spearheaded by Amtrak and Goettsch Partners restored the architecturally significant, 96-year-old landmark’s Great Hall, massive vaulted skylight and other areas to its original integrity and beauty, while enhancing the station’s functionality through engineering innovations and new materials. 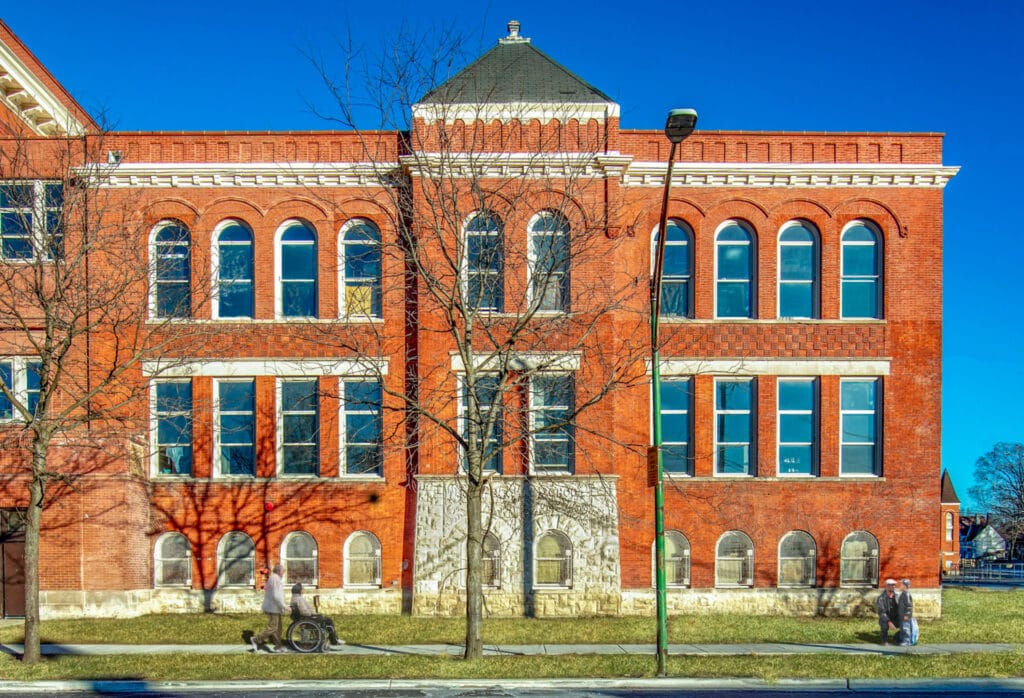 A three-building school complex, built in 1894, 1900 and 1923, in Chicago’s historic Pullman neighborhood has been creatively reused as affordable senior housing. The project, led by developer Scott Henry of Celadon Holdings, LLC and UrbanWorks, has successfully preserved the historic buildings that have continuously served as an important anchor in one of the nation’s first planned industrial communities. 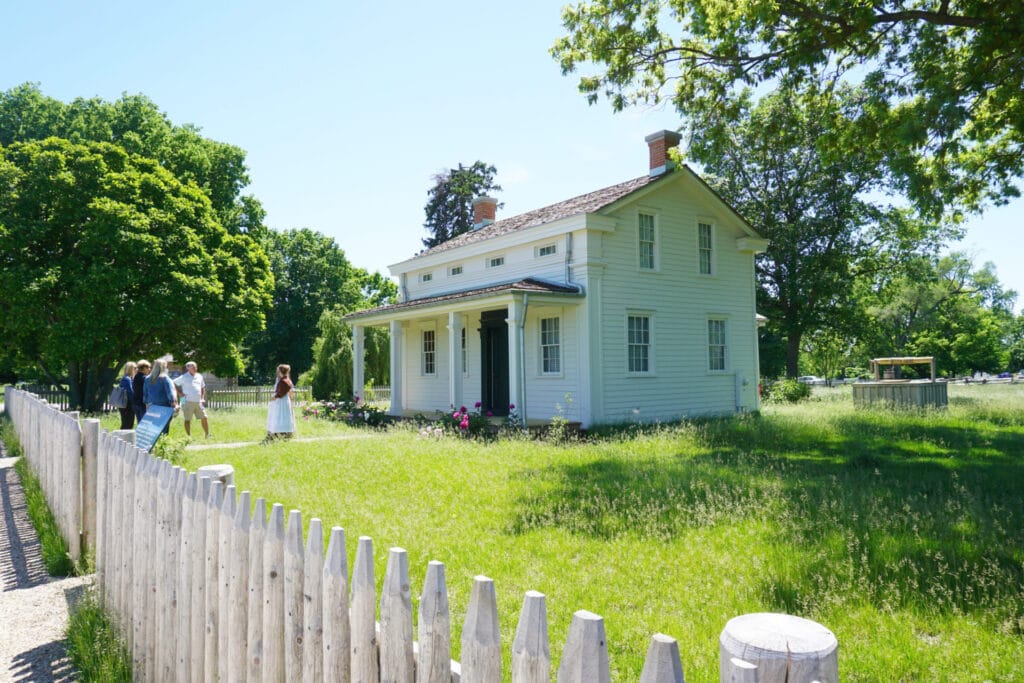 Four residences have been restored & rebuilt to reflect their original mid-1800s character in the religiously significant city of Nauvoo, home to the nationally-recognized cultural center for scholarship on the traditions of the Church of Jesus Christ of Latter-day Saints. New exhibits at the residences educate visitors on the history of pioneer life in Illinois and of the unique role historic Nauvoo played in the settlement of a community seeking religious freedom in this picturesque corner of Illinois. 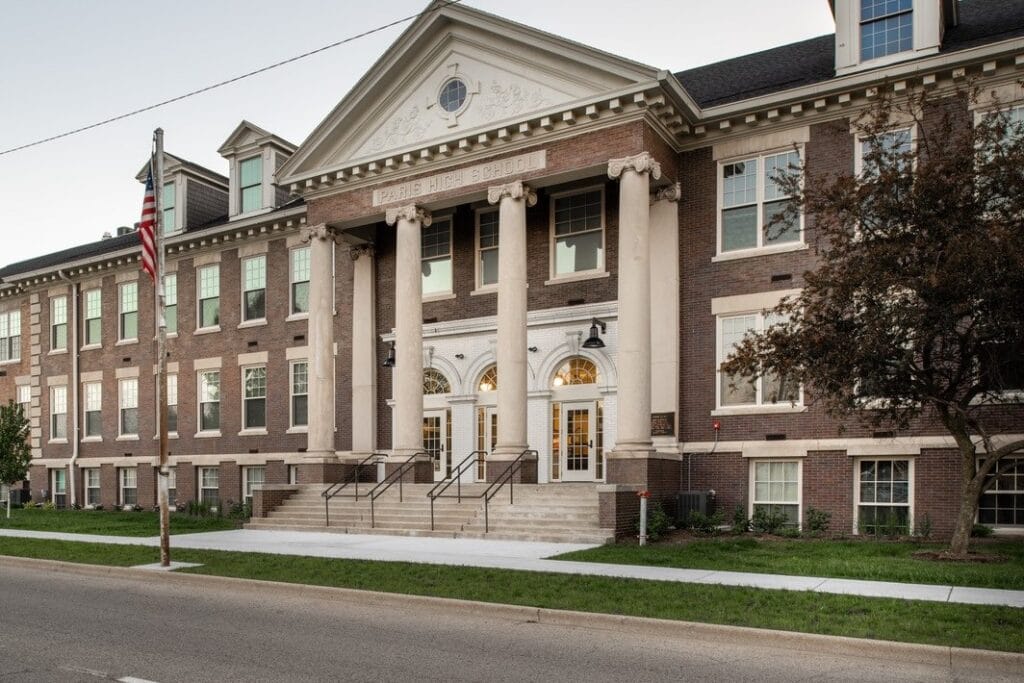 The 100-year-old former Paris High School was rehabilitated and converted into low-income senior housing named after the school’s former mascot. The City of Paris, dedicated to saving this beloved and significant local landmark, partnered with the nonprofit Laborer’s Home Development Corp. to make this project possible. Today, nearly half of the residents in the 42-unit apartment building are former Paris High School students. 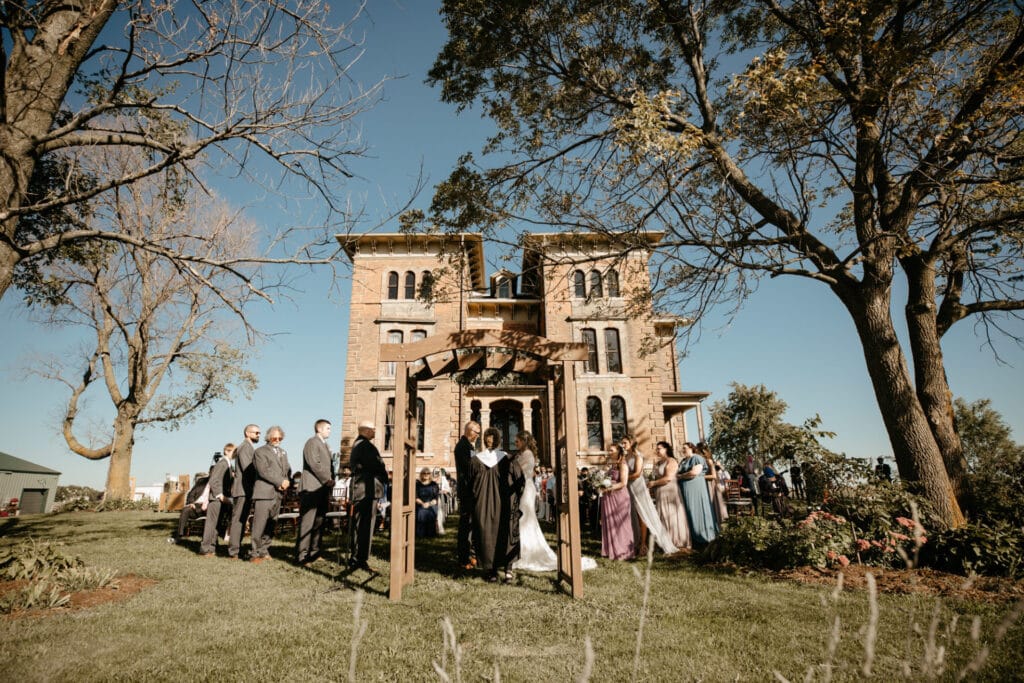 Through passion and creativity, David and Randi Howell have restored the 1866 Italianate farmhouse on old Route 66 near Towanda, once listed on Landmarks Illinois’ Most Endangered Historic Places in Illinois. The couple revived the formerly inhabitable local landmark, creating a popular and iconic destination for tours, concerts, weddings and other community events. 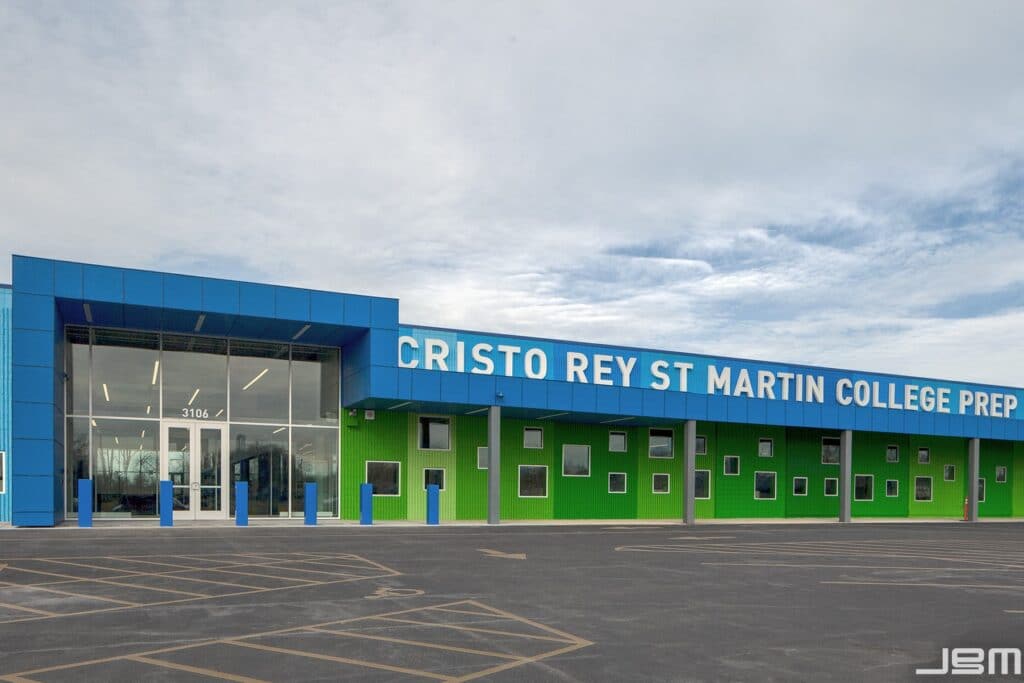 Architecture firm JGMA led the innovative project to transform a vacant former Kmart store, long seen as a disposable building ready for the landfill, into a vibrant campus for Cristo Rey St. Martin College Prep, which provides education opportunities and professional mentoring to minority families living below poverty level. The project symbolizes an expanded definition of preservation where no building is overlooked for its reuse potential and where inclusion, equity and environmental sustainability are prioritized.

The 2021 Landmarks Illinois Richard H. Driehaus Foundation Preservation Awards Ceremony will take place at 6:30 p.m. on Friday, October 22, at the Davis Theater, 4614 N. Lincoln Ave. in Chicago. The awards ceremony will also be available as a virtual presentation to reach Landmarks Illinois’ broad base of constituents across Illinois.

The Landmarks Illinois 2021 Richard H. Driehaus Foundation Preservation Awards Celebration is open to the public. Tickets are $50 for Landmarks Illinois members and $65 for non-members. Register for the in-person or virtual presentation by visiting the website or by contacting Tiffanie Williams, Director of Corporate Giving and Events at: events@landmarks.org.