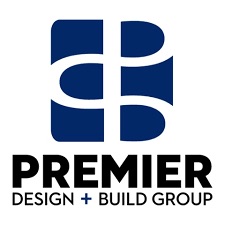 PREMIER’s president Alan Zocher said that he and fellow co-founders Alec Zocher and Brian Paul launched the company with a shared vision: “We set out on a simple mission: offer unbeatable client service. Treating our clients as our partners has paid off.”

Executive vice-president Brian Paul credits PREMIER’s talented staff for the company’s year over year growth: “Our people are the best of the best in the design and build industry. We wouldn’t have attained this level of success without their determination and dedication.”

The road to success, however, has had its share of bumps, according to executive vice president Zocher: “We have confronted everything from an economic recession to natural disasters over our 15-year history, yet we have persevered and continued our steady growth. We feel we are prepared for anything.”

Crain’s named PREMIER to its 2016, 2017, 2018 and 2019 “Fast 50” lists. There are just nine companies in the Chicago area that have been named to this exclusive list for four or more consecutive years.