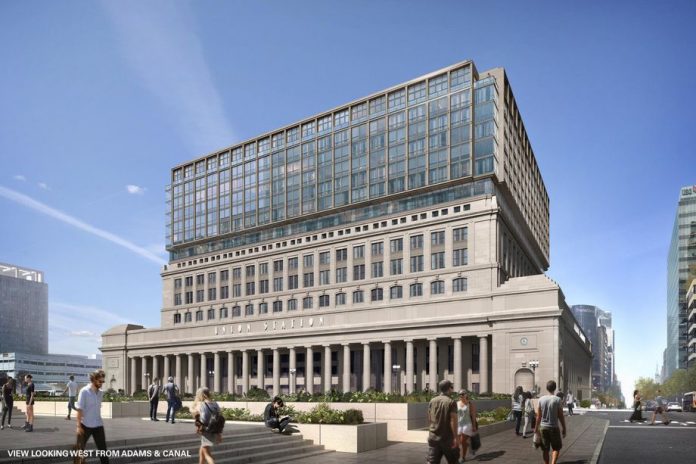 Chicago’s Union Station could be looking pretty different if developers get the go-ahead to construct a hotel and apartments on top of the historic building.

When the building was selected as a landmark in 2002, the designation called for a future expansion to be “compatibly designed but differentiated” from the station’s Beaux Arts exterior, Chicago Curbed reports.

If approvals move forward, developers hope to break ground on the headhouse expansion in the second quarter of 2019 ahead of an 18-month construction period. The phase two office tower could follow in late 2019.