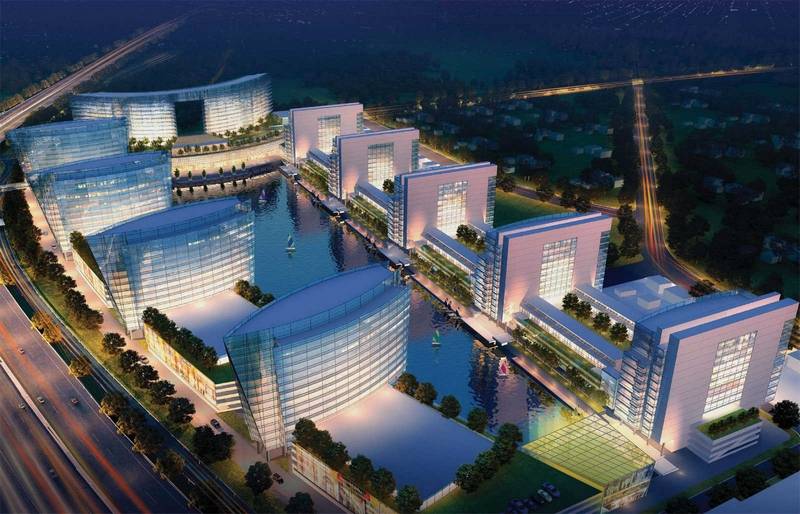 The proposal suggests constructing four 10-story office towers, five 11-story residential towers around Lake Peterson, and two nine-story hotel towers facing Devon Ave. with four levels of retail below. The developers also plan to construct a pedestrian bridge over the tollway linking O’Hare Lakes with Rivers Casino as well as get IDOT’s approval for an entrance and exit ramp at Devon Ave. The development plan includes all five three-story office buildings on the site except one sold last year.

“This is truly a mixed-use project in the truest sense of the term,” said Rick Fawell, the project architect. “It’s a unique opportunity to develop something on the macro scale that can hang together as a whole community in and of itself.”

Robert Kozonis, owner of the office complex, is seeking a zoning change (C-7) which the plan commission recommended for approval with a 4-0 vote. The new zoning will allow him to stretch the building height from 45 ft. to 165 ft. The city council is expected to give final nod on Nov. 17.

Some members of the Plan Commission are concerned about the project’s huge size and its close proximity to single-family homes on the west side.

If cleared, the project will start within two years. The developers have opted for a phase-based construction approach which is likely to take about 20 years.