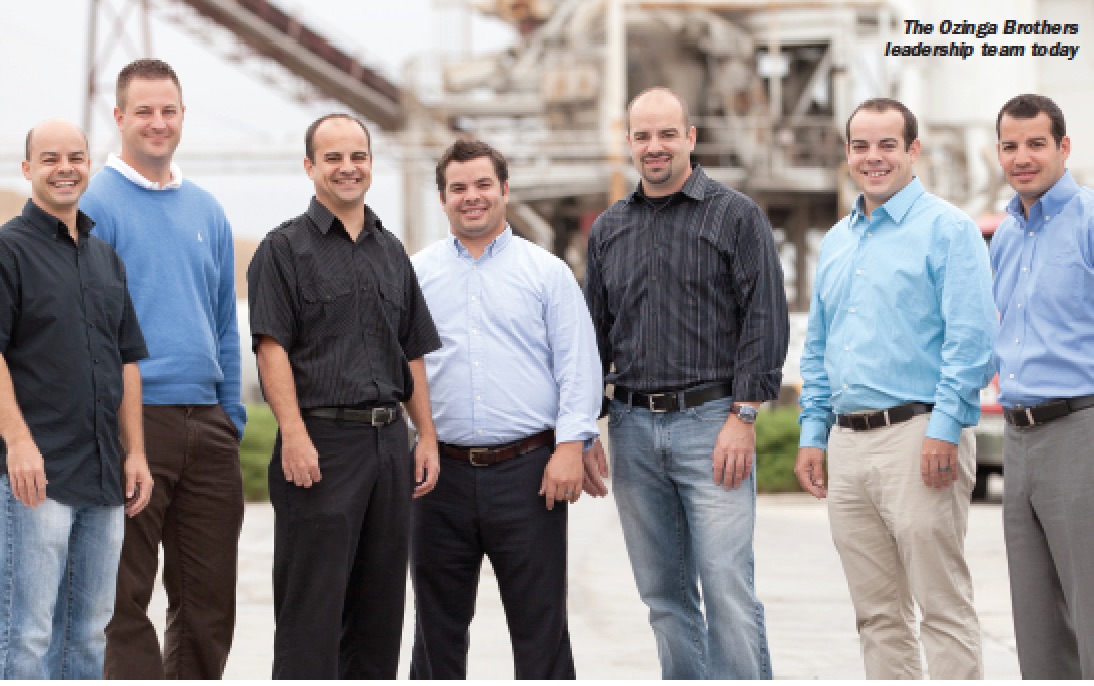 As Ozinga Brothers, Inc. enters its 88th year, the family owned Chicagoland ready-mix concrete company celebrates both its work and spiritual ethics, demonstrating how a business can thrive through incredibly challenging economic,
technological and market transitions with a commitment to solid faith-based values.

“Serving our co-workers, serving our community, standing on our firm values of service, learning and entrepreneurship – these are our core values,” said Tim Ozinga, the company’s marketing and communications director and a fourth-generation family member.

Martin Ozinga IV, the company’s president, echoed these observations in his presentation at the “We Built Chicago” discussion in June, emphasizing the spiritual and values-based ethics for the business, which now employs 1,400, has successfully outlasted several competitors, and thrived in an industry increasingly dominated by vertically integrated multinational organizations.

Ozinga’s great grandfather Martin Ozinga started the business, originally delivering coal in Evergreen Park in Chicago’s far south side in 1928, after he decided that a law enforcement career in the corrupt Prohibition era would not provide a secure life for his young family.

The timing was both unfortunate and auspicious, because soon the Great Depression would destroy the U.S. economy. However, Martin Ozinga had not been in business long enough to lose his frugal start-up values, so he carried on, mortgaging his house and drawing on family funds to survive until Depression-era heating subsidy programs could provide some income.

He introduced his three sons to the business, beginning the family dynasty. However, they enlisted to serve in World War II, forcing the company to close for several years. The brothers decided to reopen the business after the war, making wise decisions to move from coal deliveries to aggregates and building materials, and (most significantly) to embrace newly developing ready-mix concrete technologies.

By the late 1980s and early 90s, the business had grown to serve Chicago’s southern suburbs, and it was starting to attract more work in the downtown area. “One of our clients had the faith to give us the contract to build the new Comiskey Park,” Ozinga said. “That got our foot in the door in the downtown Chicago market, traditionally dominated by big local companies.”

Ultimately, the Ozingas took what then seemed a risky step – purchasing riverfront land to build a central-area concrete-batching plant. There was concern that some of the large local competitors would overwhelm the upstart business, but in the end Ozinga outlasted the local competitors (who have been replaced by multinationals.) In recent years, the company has been exploring vertical integration strategies, enhancing its ability to source cement and aggregates, while retaining its independence and regional focus.

Very few family-owned businesses survive through the fourth generation.  “In our generation, the fourth, six brothers and one cousin are involved,” Tim Ozinga said.  The family values extend to many of Ozinga’s employees, with upwards of three generations working for the company.

These values translate to an underlying message that Ozinga doesn’t focus on its profits, but on its faith and community – and more recently, the American worker, as the economy rebounds from the recent severe recession.

“We’ve developed the ‘Born to Build’ Campaign,” Ozinga said. “We’ve been reaching out with video commercials, radio ads and social media, to promote and be an advocate for the American worker.  We feel it’s a very exciting time in the industry.”

“We feel the outlook is very promising. Lots of great things are happening. It feels like we are on an upswing. We’re excited for the future.”