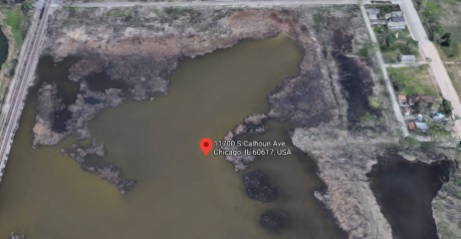 A pair of open space projects will be made possible through financial measures approved by Chicago City Council.

The last private lots within the Indian Ridge Marsh nature preserve in South Deering will be acquired by the city and made available for public use. Consisting of .86 acres, the 12 lots on the 11700 block of S. Calhoun Ave. will be acquired from the Openlands conservation agency, to which they were donated from a private owner. The transaction costs of $19,000 will be paid through the city’s Open Space Impact Fee program. The lots will be managed by the Chicago Park District, which maintains the 154-acre preserve through a lease with the city.

A new public arts plaza in Lincoln Square will be partly funded through a financial plan approved today by the City Council. The Ainslie Arts Plaza will use $57,000 in Open Space Impact Fees to enhance an underutilized, half block-stretch of Lincoln Avenue between Gunnison and Ainslie streets.

The plaza will include planters, a festival tent, storage shed, fencing, picnic tables, murals, movable seating, hammocks, landscaping, lighting and other features. The balance of the $87,000 project will be funded by the Lincoln Square Ravenswood Chamber of Commerce, which will maintain the site for use by local residents.