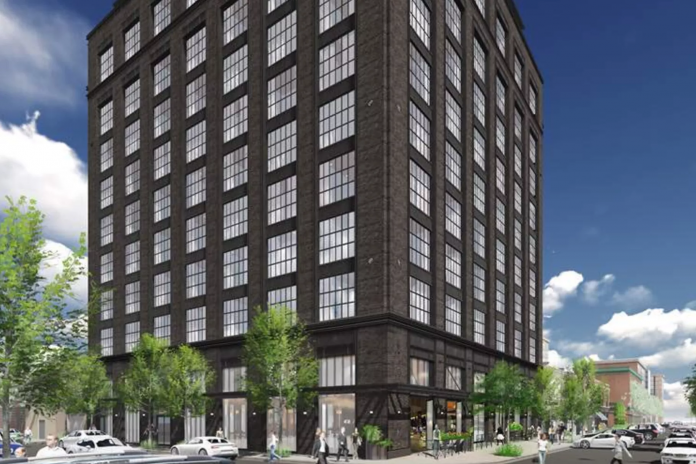 The Mexican resort company developing the Nobu Hotel & Restaurant in the Fulton Market District has sued the 12-story building’s contractor, alleging the developer was lied to about the contractor’s work on the hotel. The developer also alleges that an executive for the contractor, Centaur Construction, used as much as $8 million meant for the Nobu’s construction for personal use and other projects, Crain’s Chicago Business reports.

Centaur disputes the lawsuit’s allegations, saying the lawsuit is premature, if not over-exaggerated.

A venture controlled by luxury hotel owner and operator RCD Resorts accuses Chicago-based Centaur executives of embezzling money for the project at 846-854 W. Randolph St. and failing to finish the job despite being paid for the work, according to a claim in a federal fraud and breach-of-contract lawsuit filed on Sept. 23.

The RCD venture alleges in the lawsuit that it paid Centaur periodic instalments for construction when certain parts of the 119-room hotel were completed, but that Centaur executives lied about the work that was done to compel RCD to pay them.

RCD alleges its Nobu venture has now paid almost $48.3 million—the maximum amount under its contract with Centaur to design and build the project—but the hotel is not finished. The developers have hired another general contractor to complete the project, which was originally scheduled to open in July but is now delayed to January at the earliest, the complaint said.

The RCD venture “has suffered millions in monetary damages as a direct and proximate result of defendants’ fraud,” the lawsuit alleges.

RCD also alleges that Centaur CEO Spiro Tsaparas, who along with Centaur President Peter Alexopoulos is named as a defendant, disclosed to an RCD official last month that he had “diverted approximately $7 to 8 million of NHC’s payments to personal use or to fund other Centaur projects and/or expenses,” according to the suit. “Spiro has operated Centaur as a mere facade for himself as the dominant officer of the company,” the complaint says.

“The lawsuit is premature, if not over-exaggerated, especially where the parties are contractually obligated to resolve their project-related differences through mediation,” Ryan Jacobson, attorney for Tsaparas, said in a statement to Crain’s. “Mr. Tsaparas and Centaur made good-faith efforts to complete a complicated project and will vigorously contest the alleged claims if the disagreement is not resolved outside of the court proceedings. We remain optimistic that the parties will reach an accord.”

A spokeswoman for RCD declined to comment on the lawsuit.

The project had a groundbreaking ceremony in June 2016. Original plans were to open the hotel in late 2017, but the original developer M Development didn’t start work on the foundation until that spring.