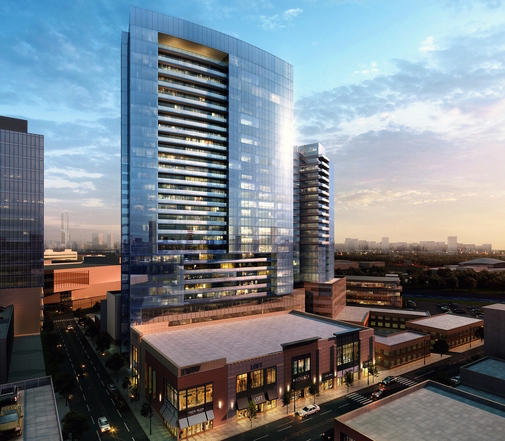 There are reports that developers for  two new residential projects hope to “join the rental tower at NewCity in tapping into the demand for residences along the Clybourn Corridor near Lincoln Park,” according to Curbed.com.

Crain’s Chicago Business came across the zoning application from the developers, who are looking to build new rentals along the Clybourn Corridor, including a two-tower development that would deliver 407 new residences to the area. “The highlight of the plan from CRM Properties Group is a 29-story RTKL-designed tower at 901 W. Weed Street, which is currently a row of retail spaces,” Curbed.com reports.

“The plan doesn’t exactly spell out whether the development will be condos or rentals, but 407 residences split between two towers may very well spell out more rentals. According to the plan, the developer would incorporate the current retail tenants into the new development. An anonymous tipster dropped has provided us with a rendering of the new tower plan, which would occupy nearly an entire city block.”