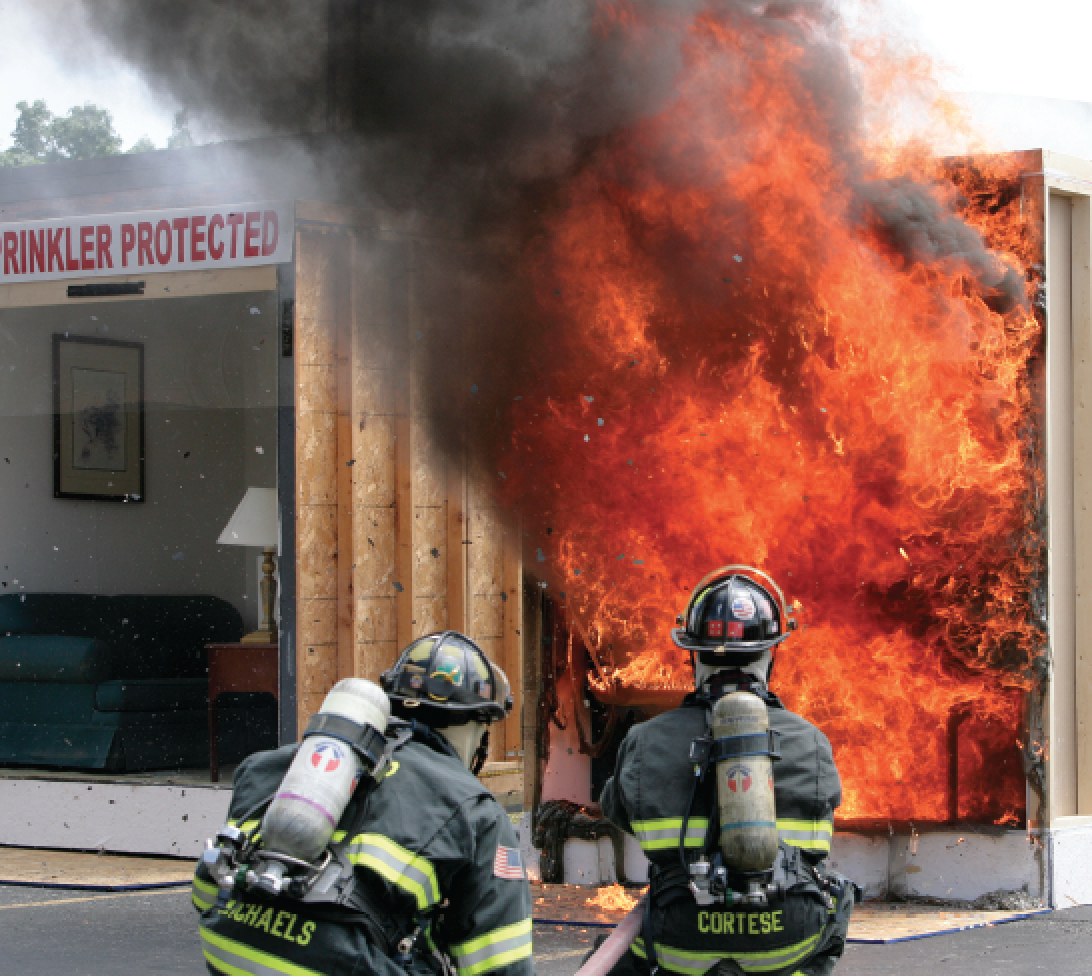 NFPA president Jim Pauley doesn’t buy the relative cost argument, observing that “3,000 people dying annually from fire in the most advanced country in the world is still too high – especially where the majority of fire is happening where people are feeling safest, in their homes.”

The sprinkler argument has been at the core of the NFPA since its establishment in the late 1800s, and Pauley says the cost argument was made then as well, as the association lobbied for mandatory sprinklers in industrial buildings, along with other enhancements to improve fire safety.

“Today, almost 80 percent of fires occur in homes,” Pauley says. This means that the call for mandatory sprinkler systems is “absolutely a big priority – we try to use the data to actually guide us where we need to be putting our emphasis, with the majority of deaths there.”

Home builders have put out counter-arguments.  One study they cite, from the Canada Mortgage and Housing Corporation (CMHC), suggests that each life saved through mandatory residential sprinkler systems would cost $38 million. Builders opposing the NFPA stance assert that the greatest risks for fire deaths have occurred in older homes, which wouldn’t be helped by mandatory sprinkler instructions, at least anytime in the near-term.

Still, the NFPA has marshaled its arguments, with videos demonstrating the difference in fire damage between a sprinklered and non-sprinklered home, and observations that sprinkler system costs will decrease dramatically if they become standard rather than special-request items in new construction.

The CMHC study asserts that sprinkler system’ costs can vary widely. Depending on key factors such as the type of pipe used (copper or plastic) and location (using municipal water supplies in urban centers or private wells in rural areas), costs associated with the installation of a sprinkler system could range from $2,800 to $6,700 (Canadian).

However, according to a study by the NFPA’s Fire Protection Research Foundation, the average cost of sprinklers in a new home is $1.35 per sprinklered sq. ft. (In the US in recent years, according to the Census Bureau, the average new house size is 2,600 sq. ft. – houses are getting larger – suggesting an average cost of about $3,500 US per home.)

While residential sprinklers top the NFPA’s agenda, it is only one of several areas of importance to the fire protection community, Pauley said.

Another – the success in improving safety, reducing fire damage costs, and lowering fire fatality rates – has had an unfortunate negative consequence. There are pressures to reduce and cut budgets for municipal fire inspections and oversight, in part because the fatality and fire loss damage levels have been declining, he said.

“There are a lot of new trends in building and construction, and it is important to ensure, as new technologies and practices evolve, that we make sure codes and standards and fire safety evolve as well,” Pauley said.

These issue and trends include:

“When smoke alarms went in as a mandatory requirement in homes, there was an argument that no one would be able to build any homes in the country – because it (would make them) too expensive,” he said.

“The same sort of arguments were made on the electrical side, such as for ground fault circuit interruptions, that they would never build again because they put the costs too high…  and we continue to build.”

“Every situation is unique,” Pauley said. “History bears out that we’re able to do these advances and make people safer and able to do construction and continue moving along.”

The June 22 to 25 conference at McCormick Place attracted more than 4,000 architects, engineers, contractors, fire protection officials, suppliers and others concerned with fire safety.

Pauley says the NFPA holds its annual conference on a rotating schedule, in Las Vegas one year, and then at a major US city the second year.

Founded in 1896, “NFPA is a global non-profit organization devoted to eliminating death, injury, property and economic loss due to fire, electrical and related hazards,” the association says. “The association delivers information and knowledge through more than 300 consensus codes and standards, research, training, education, outreach and advocacy; and by partnering with others who share an interest in furthering the NFPA mission.”  Overall, the NFPA’s membership totals more than 65,000 individuals internationally.