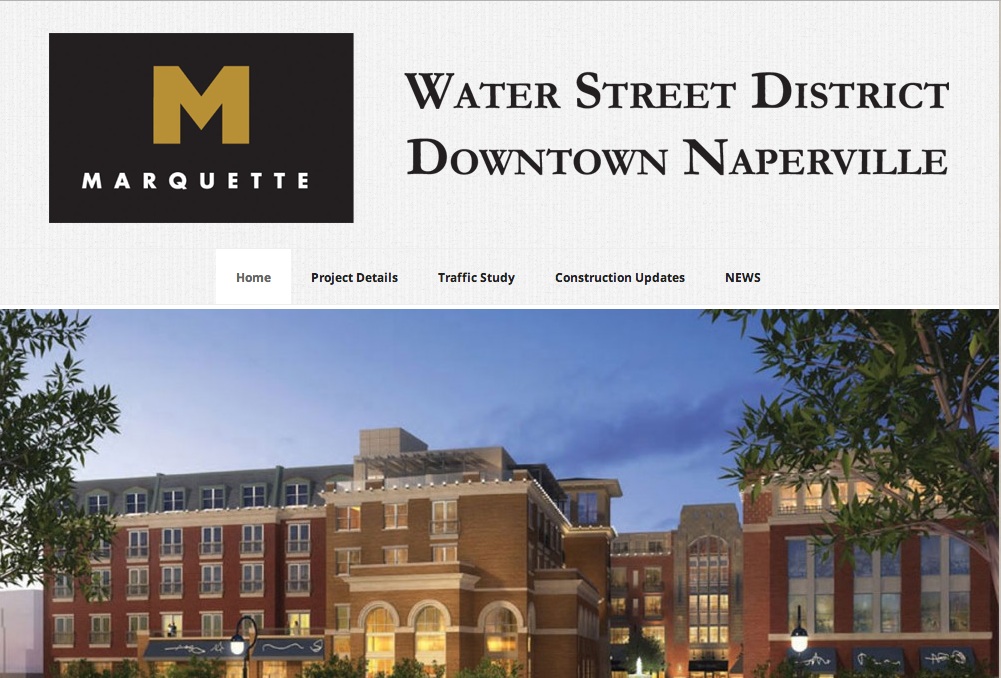 Plans for the proposed Water Street District development on the 2.4 acres of land between Main St. and Webster St. in Naperville will be revised again. Developer Marquette Companies wants to build hotel, restaurants, shops and parking lot on the site.

The firm proposes changes to accommodate prospective tenants, said Deborah Newman, a spokeswoman for the developer. Chicago’s planning and zoning commission will discuss the proposal in a public hearing on Sept. 24 at the Naperville city hall at 400 S. Eagle St., reports Dailyherald.com.

The revised proposal includes the addition of screening for mechanical equipment on the rooftop as well as a future Riverwalk path extension across the site, which is near the Water St. site’s northwest corner. The developer has revised the plans with city staff cooperation, Newman said.

Approval by the city’s planning and zoning commission on Sept. 24 will ensure it reaches the city council by October. “We are optimistic we will be able to break ground before the end of the year,” Newman said.

According to the previous plan, the project should have begun early this year, but it has been delayed because of weather and design details. The project includes Hotel Indigo and restaurants including Bien Trucha, and Blue Sushi Sake Grill.

The firm has been working to develop the string of old and underused buildings on the property since 2007.